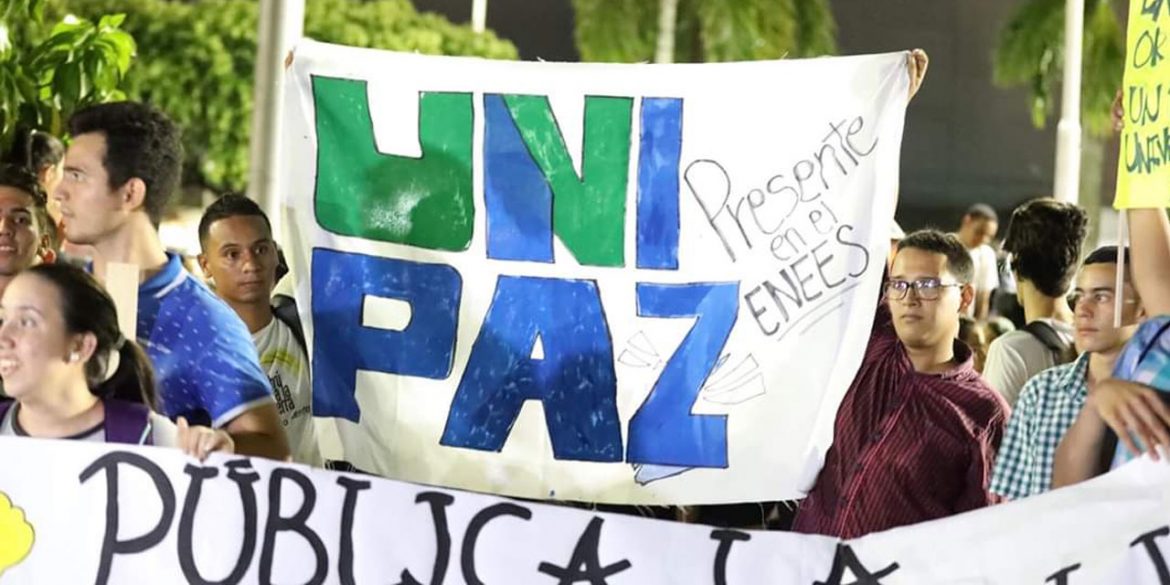 Colombia’s cities are expected to shut down for the second Wednesday this month as students are protesting to demand the government close a budget gap in higher education.

Students, supported by teachers and some parents, want the government to reassign almost $1.5 billion (COP4.5 trillion)  from the national budget to adequately fund universities.

President Ivan Duque offered to reallocate $322 million (COP1 trillion) on Tuesday in a last-ditch attempt to avoid another mass protest, but students union UNEES had already said this would not be enough.

While Duque is struggling with dropping approval, the students were reportedly able to mobilize more than half a million people for protests last week.

Talks with Finance Minister Alberto Carrasquilla broke down on Thursday after which at least eight public universities shut down in support of a student strike that took force on Friday.

The government has been seeking extra funds since then, but failed to meet the students’ demands.

The ruling Democratic Center party has campaigned fiercely against the students, with party leader and former President Alvaro Uribe sharing an image on Twitter in which one student leader was seen holding up a sign accusing him of being a paramilitary.

Uribe, is Duque’s political patron and investigated by the Supreme Court on a witness tampering charge related to long-standing accusations that the former Medellin Cartel associate formed a paramilitary death squad in the 1990s.

Student leader Jennifer Pedraza said the image was not of her and accused Uribe of resorting to slander. Uribe rectified the false claim after critics came out in defense of Pedraza.

The national strike and student marches are similar to those held in 2011 when students protested against the privatization of public education services.

When Uribe was president between 2002 and 2010, student marches were often met with police violence and strikes were imposed by illegal armed groups that had infiltrated public universities.

With the exception of a few cases of vandalism, last week’s marches were peaceful. At the end of multiple of the marches, students and riot police even shook hands.