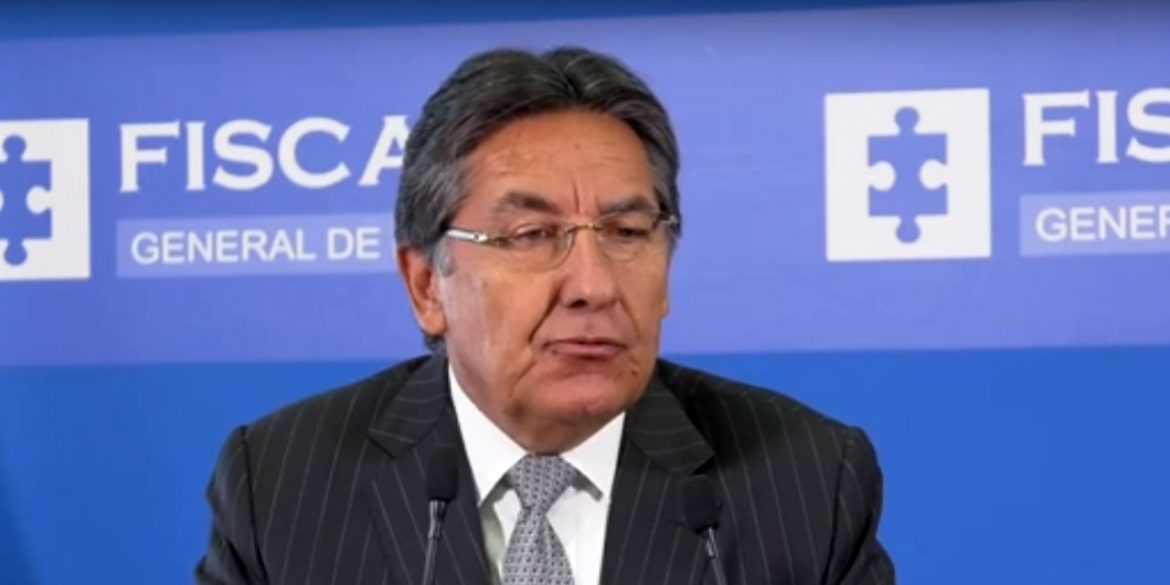 Colombia’s chief prosecutor on Tuesday said that the late key witness who had accused him of complicity in the Odebrecht bribery scandal accidentally killed his own son three days after his death.

In a press conference, Prosecutor General Nestor Humberto Martinez said that his office had closed the homicide investigation into the fatal cyanide poisoning of Alejandro Pizano.

Martinez, who was visibly struggling to come across as coherent, said that the son of Jorge Enrique Pizano, the man who accused him of corruption, accidentally died of cyanide poisoning unaware that the water he was drinking was laced with cyanide.

Martinez said that evidence indicated that the water had been poisoned by his father, who died three days before.

The chief prosecutor tried to make it appear that the person who told investigators that he hoped Martinez would end up in court for corruption killed himself.

The cause of death of the key witness, who suffered cancer, was never established because investigators of the Medical Examiner’s Office had put the body tissue that was to be tested for cyanide in formaldehyde.

Prosecution officials who allegedly found the jar with cyanide in one of Pizano’s bathrooms broke the chain of evidence, according to a judge.

A second witness, the former transparency secretary of former President Juan Manuel Santos, died of cyanide poisoning shortly after the Pizanos, in an apparent suicide.

Martinez, whose position has been untenable for more than a year, has refused to resign despite the crisis caused by the Odebrecht scandal and his failure to adequately investigate the corruption case in which he himself is implicated.

For the second time in a month, thousands of Colombians protested before prosecution offices across the country to demand the resignation of Martinez, who for many has become the personification of the corruption that is crippling the country’s public institutions.

Legal experts are trying to convince the Supreme Court, whose members were admittedly bribed by Martinez’ former anti-corruption chief, to revoke the chief prosecutor’s 2016 appointment.