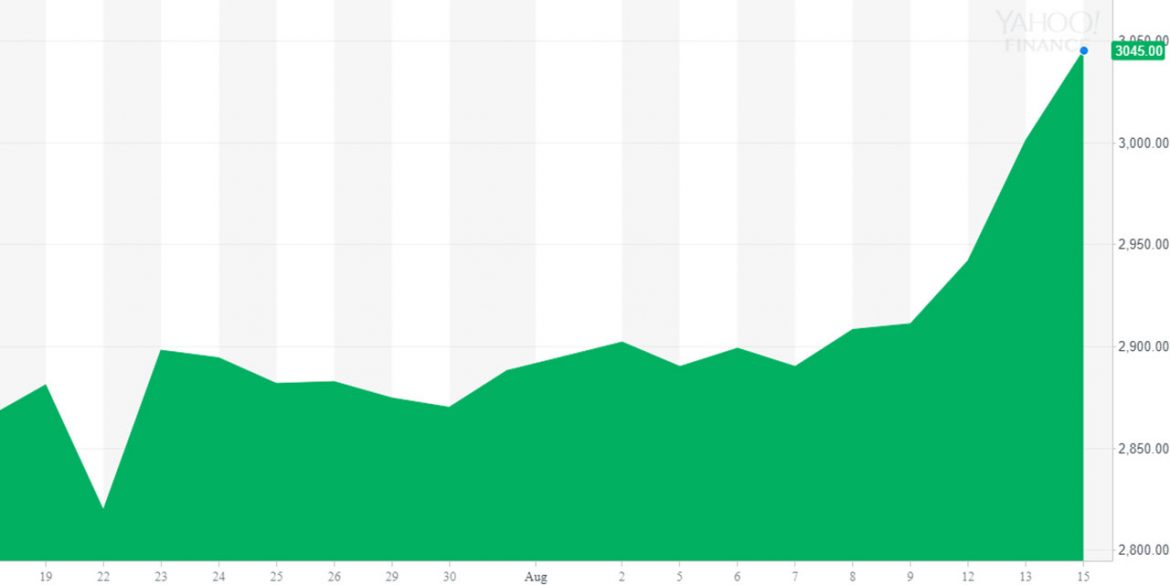 Colombia’s central bank said Tuesday it is not concerned about the loss of value of the peso against the US dollar amid international security over a trade war between the US and China.

The dollar broke through the COP3,000 mark earlier this week as global investors turned to the American currency while the global economy is going through a rough patch.

The ongoing trade war between the US and China has had investors icky for weeks. They saw their concerns grow when the Turkish Lira suddenly dropped almost half in value.

This made investors reportedly nervous that other underdeveloped economies could follow suit, and funneled their investment to the trusted US currency.

The peso is not the only affected currency; also the Euro went from $1.16 to $1.13 in the past week of trading.

We are not worried. We are quite comfortable with the COP3,000 level, it has been reached several times. The Board will leave the exchange rate float. We’re looking at its implications for inflation and growth, and  see no danger at this time.

Analysts told newspaper El Pais that the central bank is likely to expect the dollar to remain above the COP3,000 mark for at least a few days.

Juan David Ballen of investment bank Casa de Bolsa told the newspaper that — on top of the ongoing global economic insecurity — a drop in the value of the peso is a recurring event in the second half of the year.

Ballen said he expected that the dollar could reach COP3,200 before the end of the year amid the current global economic situation.

But there’s no consensus over the peso’s future among analysts; BBVA economist Alejandro Reyes told El Pais that he expected the spike in the price of a dollar is temporary and is likely to drop towards COP2,900 soon.

“It is an effect of contagion that we believe should be temporary,” Reyes told the newspaper.