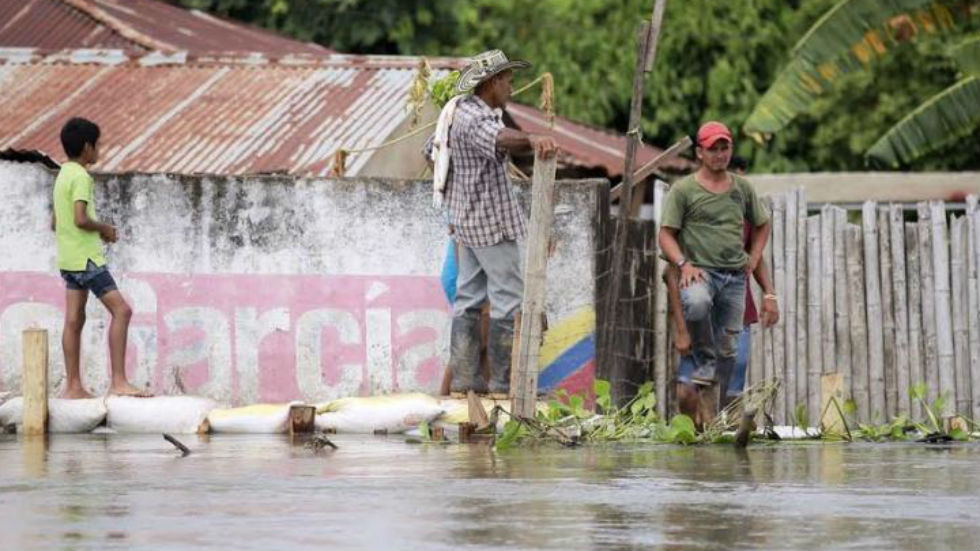 Four coastal Colombian provinces declared a state of rebellion on Tuesday as they demand that the government fulfill promises made to alleviate the effects of flooding and severe weather in their regions.

The governors of Magdalena, Bolivar, Cesar and Atlantico met to define a package of projects and demands that up to now have fallen on deaf ears at the Bogota-based national government led by President Juan Manuel Santos.

According to the governors, several proposals have already been submitted, edited and resubmitted in accordance with government demands, but to no avail.

The declaration of “rebellion” comes as regional leaders are desperate to make provision for the effects of flooding that have devastated local communities in recent years.

We are tired of experiencing emergency situations in the Caribbean by the flooding of the Magdalena, Cesar and Cauca rivers; To solve it we need to execute some resources that are stagnant in the national entities and for that reason the Caribbean is in rebellion. Our proposal is a great approval of projects ranging from dykes, retaining walls, economic recovery, risk management, among others.

The urgency and seriousness of their demands has prompted the governors to ask the president to declare a state of emergency in the regions.

The Caribbean provinces are home to Colombia’s two main Caribbean ports, Barranquilla and Cartagena. The Pacific port of Buenaventura, the country’s largest, was recently shut down by locals also amid anti-government protests.

The action of the governors in the Caribbean region adds to those in Buenaventura and the neighboring province of Choco that are also demanding a state response to cries to end decades, if not centuries, of state neglect and abandonment.