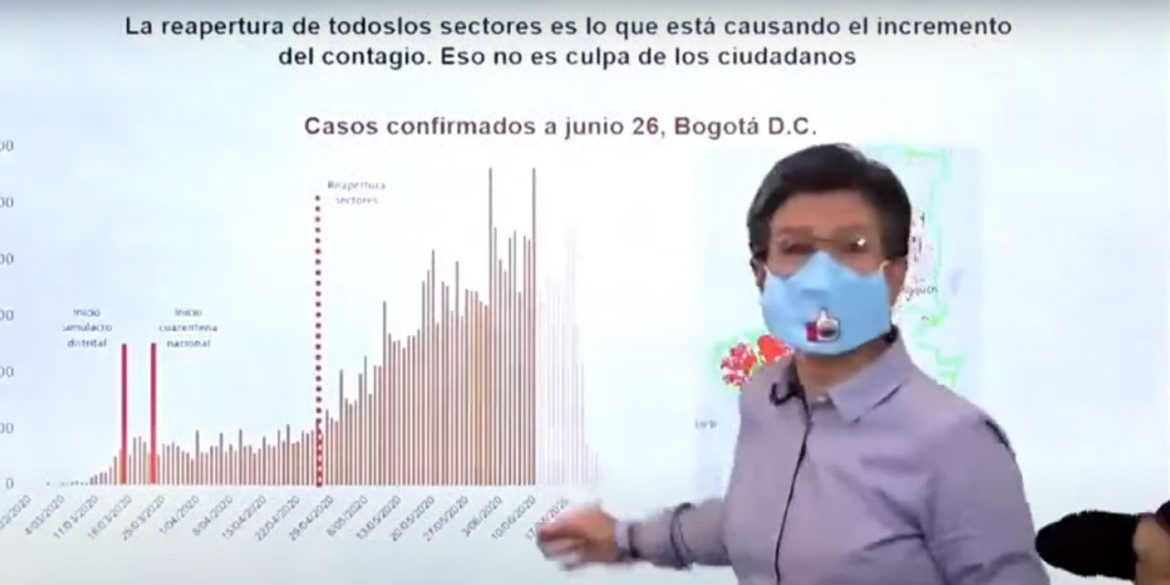 Colombia’s capital may lock down again to prevent healthcare collapse

President Ivan Duque and Bogota Mayor Claudia Lopez are on a crash course over a possible second lockdown to prevent a collapse of the healthcare system due to COVID-19 infections in Colombia’s capital.

Lopez said Saturday that once the city’s intensive care units (ICU’s) reach an occupancy rate of 75%, she will declare a red alert and will seek to suspend the economic reactivation promoted by the government.

The battle of the titans

The Bogota mayor stepped up pressure on Duque, publicly urging him to reverse a decree over his economic reactivation plans that have so far all but collapsed healthcare in the Pacific and Caribbean regions.

Duque responded on Sunday that “it is not a viable option for the sustainability of our societies to simply say let’s lock ourselves up until a vaccine appears.”

Lopez, who occupies the second most powerful position after the president, said she will meet Duque on Tuesday and ask for authorization of a second lockdown in what will likely be an extraordinarily tense encounter.

Against the advise of epidemiologists and economists, Duque’s rush to restart the economy is now facing the consequences.

The record number of 167 deaths reported by the National Health Institute (INS) on Sunday is far from the projected 500 daily deaths projected for August when the pandemic is expected to peak.

The International Monetary Fund on Friday lowered Colombia’s economic growth projection to -7.8% from -2.4% in April. This would be the worst crash in history.

Tensions between society and the security forces are also growing just when the police are being decimated by the coronavirus.

Duque, notwithstanding, seemed oblivious to the alarms rung by mayors, Congress and the Inspector General’s Office over the growing crisis in his latest daily Facebook COVID show on Sunday.