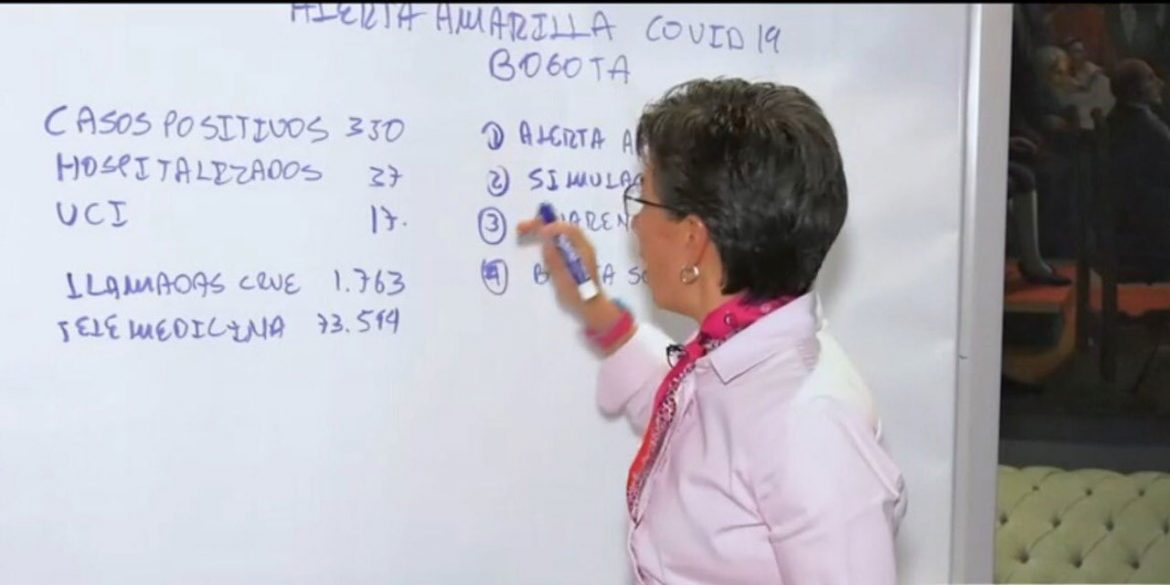 In a television interview, the mayor said “Bogota residents and Colombians must mentally prepare to be quarantined for at least three months, so as not to have 10,000 deaths like Italy or Spain.”

President Ivan Duque, who formally would have to take such a decision, did not immediately respond, after a previous attempt to go against Lopez and other local leaders led to their rebellion.

Furthermore, if Duque wants to maintain the extraordinary powers he obtained when his cabinet called a national emergency earlier this month, the president will need congressional approval next week.

Such a strategy would be similar to that of late US President Franklin D. Roosevelt, who made major public investments initially to end The Great Depression and subsequently to sponsor industries necessary to win the war against Nazi Germany, giving the government unprecedented influence over the US economy.

If it’s necessary to turn off the economy, we’ll do it.

This so-called Keynesian approach to the economy fell out of favor in the 1970s, after which neo-liberal economic policies became the norm.

The death of neo-liberalism?

Leading opposition Senator Gustavo Petro said on Twitter on Monday that the president also “shouldn’t be afraid to take control of the entire health system, both public and private. All hospitals must be available to save lives.”

The radical proposals of Lopez and Petro would count on fierce opposition from the president had the rebellion not left him virtually without authority.

Following the mayors and governors’ decision to ignore the president, Duque has avoided discord with Lopez, the most powerful public official in the country, and the opposition and the public at large, which has long criticized the president’s economic policy.

Lopez and Petro respectively studied Public Administration and Economics; Duque is nothing but a lawyer who only did a few courses in business and government.

Bogota’s mayor and the leading opposition senator may have fancy degrees, but the global crisis caused by the coronavirus pandemic is unprecedented.

This is an extraordinary and unprecedented situation of alteration of the economic conditions, which for analysis requires incorporating additional elements to those usually considered for the design of the monetary policy.

According to Oxford Economics, the global consequences “will inflict a deep recession on the world economy.”

This could be more severe for Colombia, whose largest export is oil, which recently dropped in value to an 18-year record low.

This combined impact of the pandemic and the collapse in oil prices is leaving even the central bank virtually without immediate solutions.