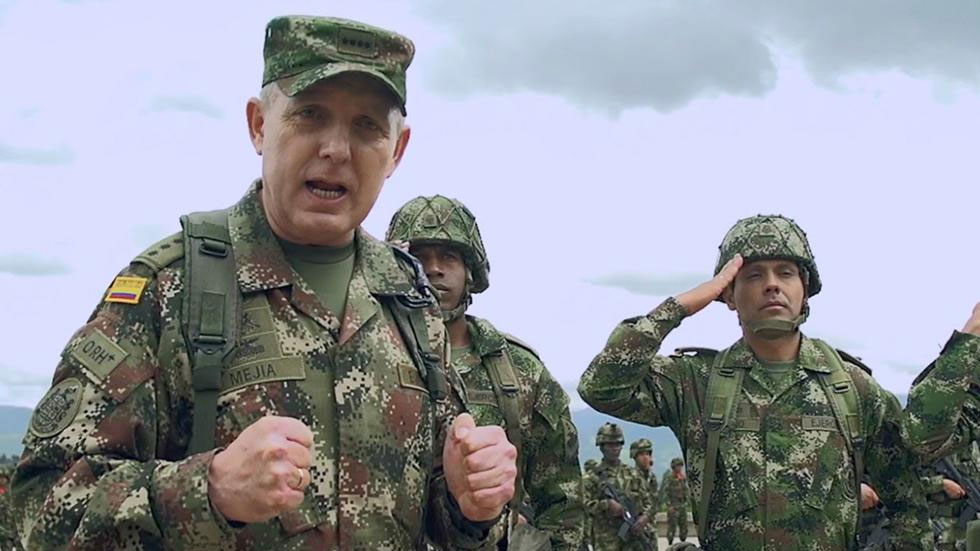 Colombia’s Army warned dissident FARC guerrillas on Thursday that they will take action against those engaging in criminal activity after a breach of the bilateral ceasefire a day earlier.

The death of two FARC guerrillas on Wednesday in combat against state forces in the northern province of Bolivar has heightened tensions and caused the army to warn dissident rebels about engaging in criminal activity.

“We are deployed throughout the country to protect the highest interests of the Colombian people. And also any person, a member of the FARC, that is outside the area of pre-demobilization zones and developing illicit activities will run the risk of suffering the consequences,” said the commander of the National Army, General Alberto Jose Mejia, in an interview with TV network Caracol.

The warning from the army commander comes after the military shot and killed two members of the FARC in the Bolivar province who allegedly were extorting money from locals in the area.

According to the army they received a tip from the locals about the criminal activity but suspected that they were members of Colombia’s second largest left-wing group the ELN.

After killing two and capturing the third member of the group, it transpired that they were indeed members of the FARC’s 37th front and carrying weapons 42 miles from their pre-demobilization area.

FARC chief negotiator “Ivan Marquez” denied the army’s version of events and said the troops “were on their way to the pre-demobilization zones” put in place exactly to prevent incidents like Wednesday’s or outbreaks of violence of other groups.

The FARC were supposed to already be demobilizing and disarming, but this process was stopped in its tracks in an October 2 referendum that sunk the peace deal signed just days before.

Government chief negotiator Humberto de la Calle tried calming down the disagreement, claiming “there is a discrepancy in the narratives. That doesn’t matter, but what is important is the lesson: [the ceasefire] is fragile. We cannot delay” the peace process.

Another spokesman for the FARC, Carlos Antonio Lozada, spoke on Twitter, and called for the intervention of the monitoring system to clarify the death of the guerrillas.

Lozado claimed that the version of the army “lacks validity.”

Colombia’s government and the FARC began a bilateral ceasefire on August 29 but have since seen the first peace agreement rejected by the public.

According to the Conflict Analysis Resource Center (CERAC) who monitor the conflict, the incident in Bolivar is the first violation of the ceasefire in almost three months.

Thousands of FARC fighters are currently anxiously awaiting the implementation of the second peace deal which was agreed earlier this week so they can begin the demobilization process.

“We can not linger now there is a new agreement, if we have a new opportunity to end the conflict in Colombia, we can not miss that opportunity,” said De la Calle.

The newly agreed peace deal must first be ratified by Congress before the demobilization and disarmament process of the FARC can continue.