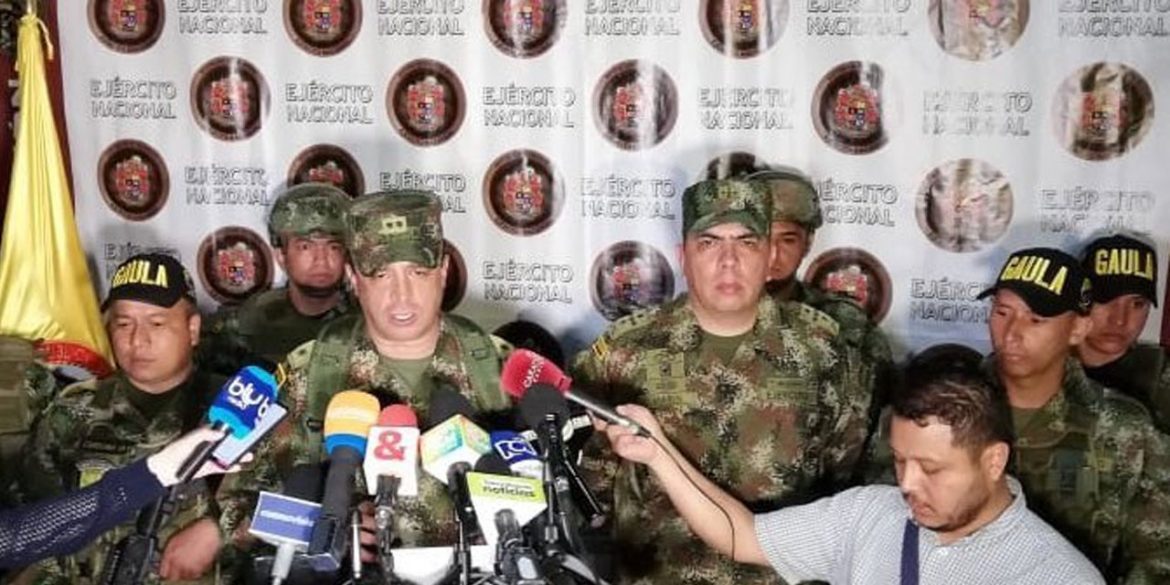 Colombia’s army on Tuesday rescued 17 people who allegedly had been kidnapped by the country’s largest paramilitary group, the AGC, three days before.

The alleged victims were employees of EPM, Medellin’s public utilities company. They were allegedly kidnapped on Saturday in Zaragoza, a rural municipality in the Antioquia province, according to the military.

The Medellin-based 7th Division said the workers had been kidnapped by the AGC, or Gulf Clan as authorities call them.

The army said on its Twitter account that it had delivered a “major blow” to the group that controls much of northwestern Colombia and parts of Medellin.

According to the 7th Division, the workers were maintaining the power grid in the area when they were kidnapped and held for ransom.

The alleged kidnapping and extortion of one of Colombia’s largest energy companies had been kept under wraps until after the alleged military operation.

Two alleged AGC members were arrested in the operation, according to the 7th Division, which claimed it seized four rifles and a M-60 machine gun from the kidnappers.

“After finding the 17 EPM contractors, they were found to be in good health and without any injuries. They were immediately removed from the site and transferred to a safe area where they could communicate with their families and confirm the good news of their release,” the 7th Division said.

The AGC is considered to be Colombia’s largest drug trafficking organization by the United States, but is also allegedly involved in illegal gold mining and political killings.

The group never before carried out mass kidnappings like the one reported by the military.

The AGC offered to surrender to justice in September last year. When former President Juan Manuel Santos left office in August, he implied that the demobilization of the group was close.

But Colombia’s new president, Ivan Duque, has failed to confirm any agreement with the group and has vowed to dismantle the group.