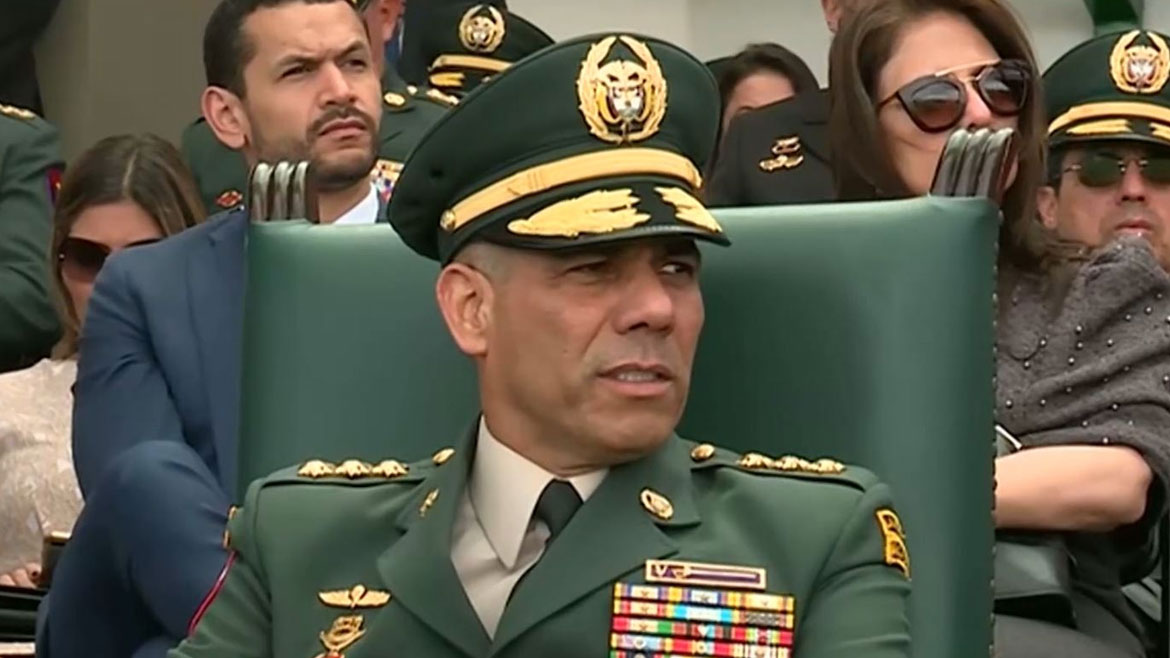 The commander of the national army insisted that the civilian victims of a military massacre in southern Colombia were guerrillas.

General Eduardo Zapateiro took to Twitter to contradict evidence indicating that an army unit dressed up civilians to present them as guerrillas killed in combat.

At least four of the 11 people who were killed in a hamlet near Puerto Leguizamo on March 28 were civilians.

According to Zapateiro, the civilians were part of the “Border Commandos,” a drug trafficking group formed by dissidents of the 48th Front of now-defunct guerrilla group FARC.

Those killed in the military operation, according to intelligence information and the units that participated in the operation, were part of the criminal structure of GAO-R48. 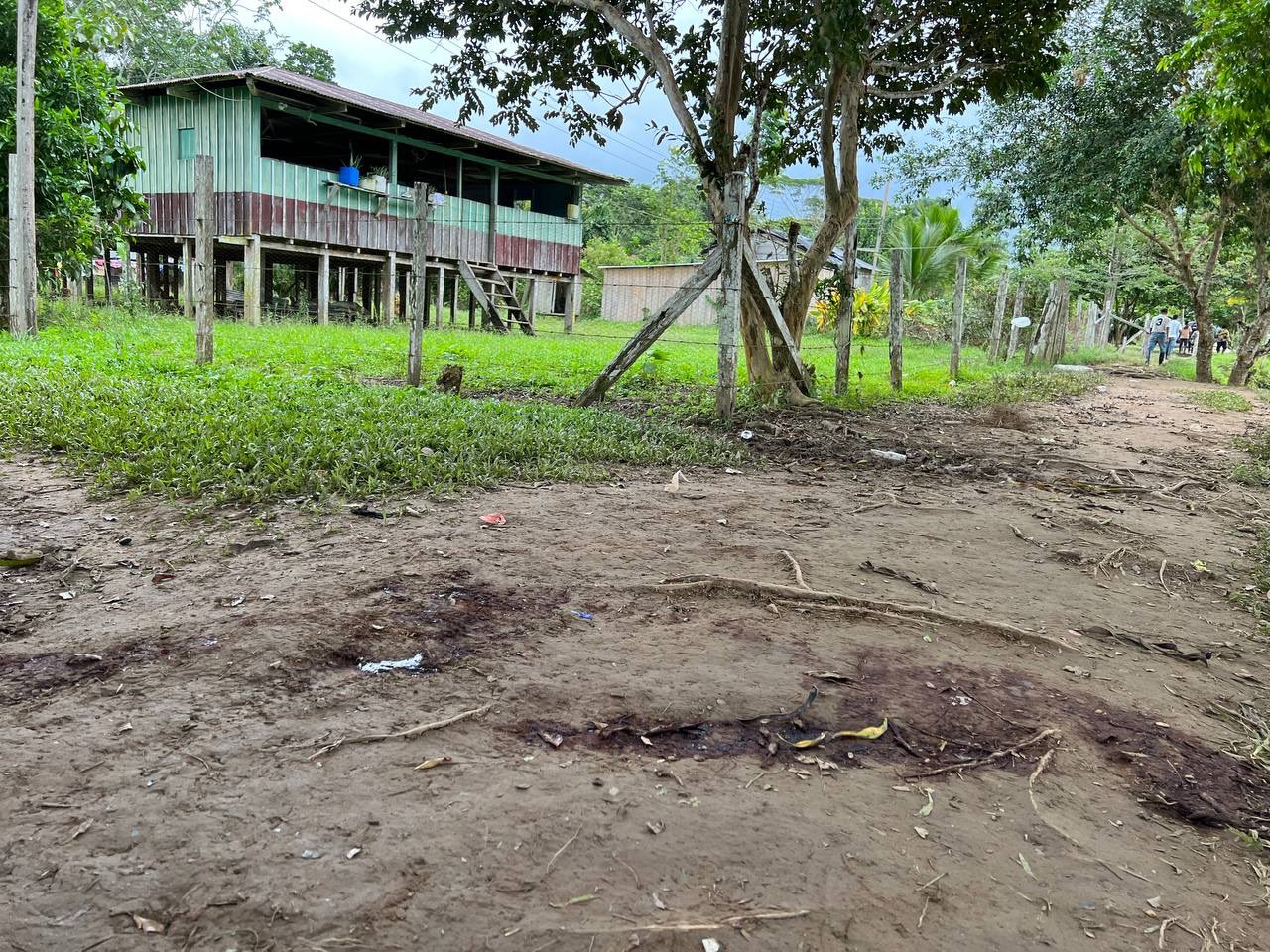 Army units attacked the hamlet where the local community council had organized a three-day fair to raise funds for the construction of a road that would connect the hamlet to nearby farms.

According to President Ivan Duque, the operation sought to either capture of kill “Bruno,” an alleged leader of the Border Commandos.

Bruno had left the hamlet shortly before the attack, an anonymous military official told magazine Cambio.

Between four and six armed members of the Border Commandos stayed behind and were at the fair around 7AM when locals heard a gunshot coming from a nearby hill.

Following this gunshot, a group of armed men dressed in black entered the hamlet and a firefight broke out.

The armed men identified themselves as guerrillas of the Southeastern Bloc, a rival of the Border Commandos, and ordered the locals to go inside their homes and community buildings.

The alleged guerrillas killed at least some of the drug traffickers, the community leader and his pregnant wife, the governor of the local indigenous community and a 16-year-old boy.

The shooting lasted at least an hour and a half, according to the witnesses who believed they were caught in a turf war between two illegal armed groups.

The locals believed that the army came to their rescue when an army helicopter arrived after the shooting had stopped.

We thought, well, the army has arrived, now we are going to have a tough confrontation, but at least they are going to help us to free us from this guerrilla occupation.

To their surprise, the locals saw that the men in black put on army outfits they had received from the soldiers in the helicopter.

Around noon, the soldiers allegedly ordered all the locals to gather and sit down on the football field with their backs to the hamlet. 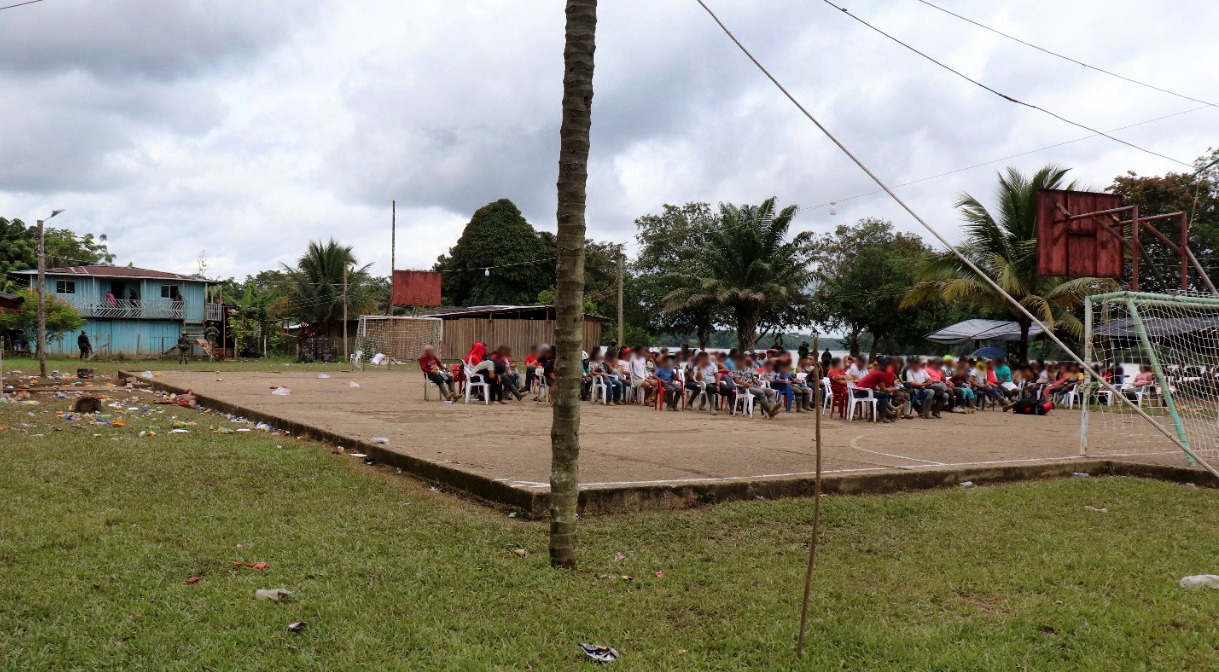 Locals gathered after the massacre

According to the locals, they were not allowed to move or look at what was happening in the hamlet until approximately 5:30PM.

Once they were allowed to leave the football field, the locals said they noticed that the soldiers had planted a firearm next to the body of the indigenous governor.

Around that time, President Ivan Duque tweeted that “11 members of FARC dissidents were neutralized and four more criminals were captured in Puerto Leguízamo.”

The prosecution said a week later that the army hadn’t reported any arrests, but had delivered four injured locals to the hospital in the town of Puerto Asis.

Human rights organizations had already proven that four of the people who were killed in the attack had nothing to do with the Border Commandos.

The locals told the journalists that visited the hamlet that six of the people killed in the attack were innocent civilians.

Forensic experts consulted by the journalists of Cambio, El Espectador and Voragine said that the images of the victims contained evidence that their bodies had been tampered with.

The army chief insisted on Tuesday that the operation was legitimate and that the massacre victims were “combatants” despite the evidence.

To make things worse, Zapateiro claimed that “this is not the first operation in which pregnant women die and minors die” as it this were normal.