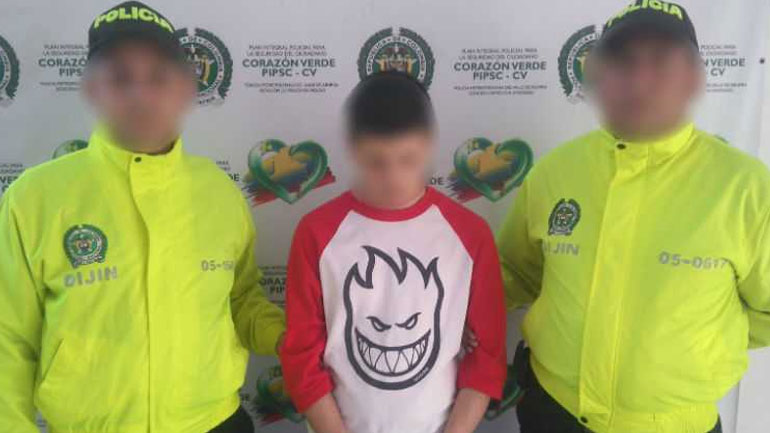 Colombia’s armed groups have recruited some 9000 minors since 1985: Report

Some 8,942 children and teenagers were recruited by different armed groups in Colombia from 1985 up until last month, according to recently updated figures compiled by the country’s Unique Victims Register, or RUV, authorities said Thursday.

The figure was released by the Unit for Attention and Reparation of Victims in keeping with international Red Hands Day commemorating the anniversary of the signing of the Convention on the Rights of the Child, in which the recruitment of children and teenagers in armed conflicts is prohibited.

The Unit also emphasized that the threat of recruitment into armed groups is one of the main causes of internal displacement of the population within Colombia, where the RUV says that 6.6 million people have fled their homes, a figure exceeded on the global level only by Syria.

The FARC rebel group announced on Wednesday that it would stop recruiting minors, although it did not specify whether it would dismiss minors already in its ranks prior to a definitive peace accord.

The guerrillas had already committed to stop the recruitment of minors under 17. However, according to the country’s Ombudsman, several guerrilla units have broken this promise and forcibly recruited at least three minors.

The FARC and the government of President Juan Manuel Santos are negotiating an end to more than 50 years of violence between the guerrillas and the state. These talks began in 2012 and are expected to finalize in the first half of this year.

Apart from the FARC, other active illegal armed groups like the ELN and the Urabeños, have recruited children to serve in their ranks.