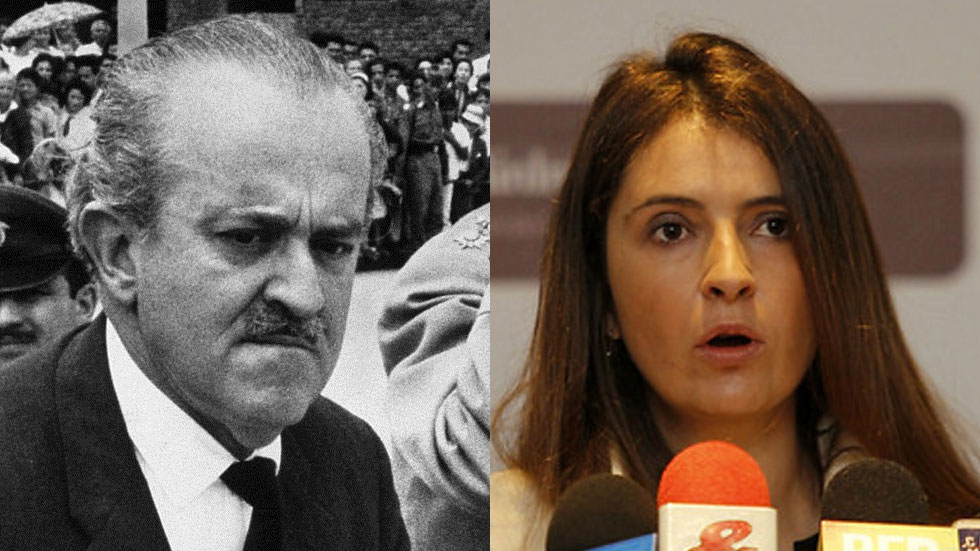 The granddaughter of the president who ordered the first attack on the rebels who then formed the FARC is now campaigning against a peace deal with the same guerrilla group.

The granddaughter is Senator Paloma Valencia, the youngest heir of a conservative political dynasty from Popayan, Cauca.

Her grandfather, former President Guillermo Leon Valencia, was the head of state who ordered the attack on the so-called Republic of Marquetalia in 1964.

The attack failed and the farmers collective that had declared the tiny independent republic formed the FARC almost immediately after.

Valencia was also the first to falsely claim victory over FARC founder “Manuel Marulanda” and his “bandits,” not realizing he had started a war that would ultimately cost the lives of more than 265,000 Colombians. 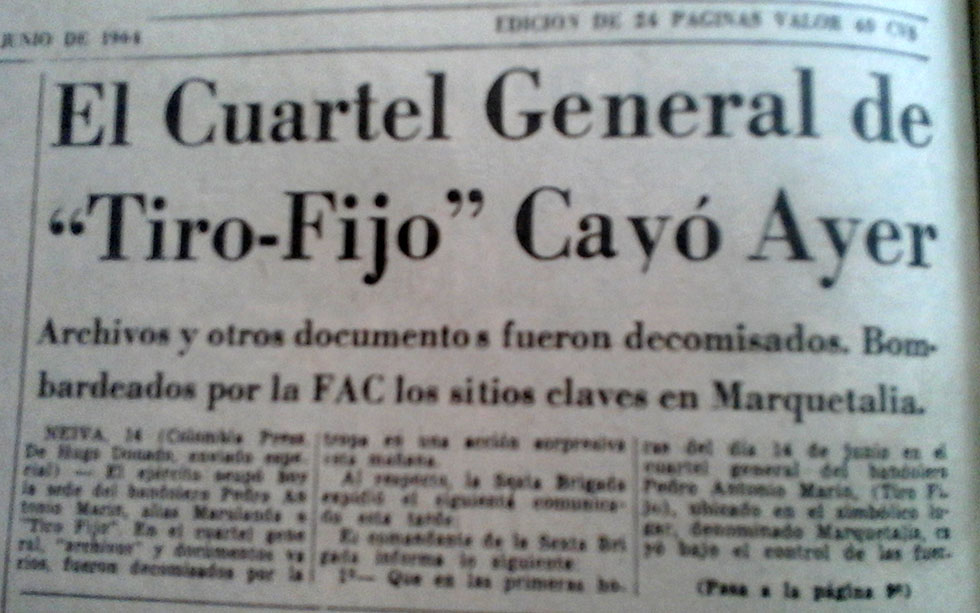 Newspaper article on the attack that spurred the formation of the FARC.

Both Valencia and Marulanda died of a heart attack, the president in 1966, the rebel leader in 2008.

Marulanda allegedly had five children of which at least one followed in his fathers footsteps and fought in the FARC.

One of Marulanda’s alleged sons was a member of the FARC’s press team during the peace negotiations in Havana, Cuba.

Others reportedly tried to stay out of the armed conflict and dedicated themselves to farming, Marulanda’s original vocation.

Valencia, whose family rose to prominence when Colombia was still a Spanish colony, had four children.

From there, Valencia’s granddaughter has continued to defend the virtues of the war her grandfather unknowingly had started and the vices of the peace deal negotiated by the heir of one of Colombia’s most powerful Liberal Party dynasties, President Juan Manuel Santos.