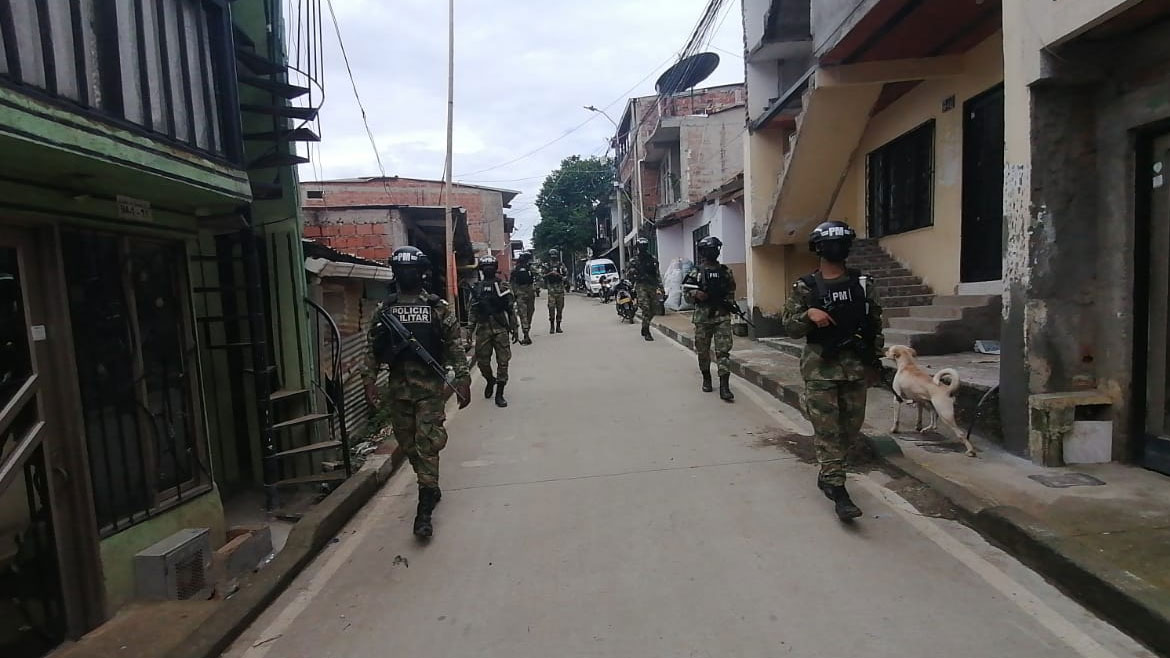 Protests in opposition of Colombia’s President Ivan Duque revived peacefully in much of Colombia despite police crackdowns violence in Bogota, Medellin and Cali.

Many political opposition leaders called on people to stay home and take part in a sound protests at 6PM out of fear of violent police repression, yet the turnout was larger than expected by many.

People in all Colombia’s largest cities and many smaller towns took part in the protests that remained peaceful with the exception of the country’s largest cities where police cracked down on protests.

The street protests were followed by a mass participation in “cacerolazos,” noise protests in which people bang on pots and pans, as mayors imposed curfews to prevent further violence.

The situation in Cali, Colombia’s third largest city was tense since the beginning of the local protest after members of the indigenous Misak nation took down a statue of Sebastian de Belalcazar.

Taking down the statue of the Spanish coloniser Sebastian de Belalcazar, Cali city has joined the #28AbrilParoNacional arguing that protesting during the pandemic only can demonstrate that the government of @IvanDuque is more dangerous than #coronavirus. pic.twitter.com/TkxYuvJEQE

The infamous conquistador is the founder of Colombia’s third largest city, but blamed by the indigenous of masterminding the virtual extermination of their ancestors.

We tumbled Sebastian de Belalcazar in memory of our chieftain Petecuy, who fought against the Spanish crown, so that today his grandsons and granddaughters can continue fighting to change this criminal system of government that does not respect the rights of Mother Earth.

Movement of indigenous Authorities from the Southwest

Controversial riot police unit ESMAD was sent to the area to remove the native Colombians from where the statue of the city founder stood until that morning.

The genocide that was started by the colonizers hasn’t finished. During the Duque administration more than 190 indigenous leaders were assassinated. 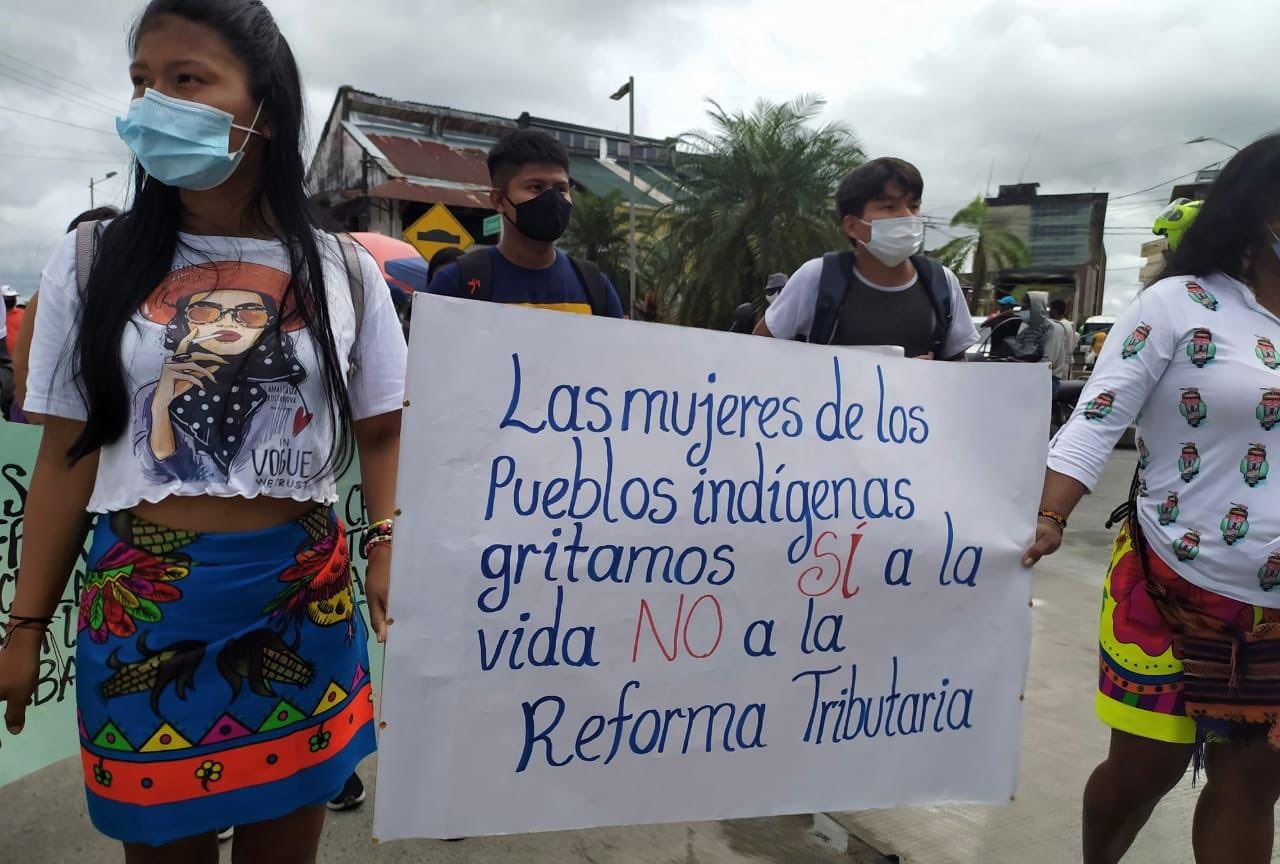 Violence in Bogota, Medellin and Cali

The biggest protest was held in Bogota where anti-government protesters had gathered at 53 points to march to the Simon Bolivar Square, the political heart of Colombia.

The protests in Bogota were tense and marred by violent incidents since early in the morning when people tried to shut down the capital’s mass transit system and clashed with police.

Riots not affiliated with the protests broke out in the western Suba district.

The main protest turned violent a little before 3PM after police refused the protesters to enter the central square, the final destination of the marches.

Whilst some of the violence was caused by rioters, a foreign investor and local resident told Colombia Reports that he was filming police violence against a young female student who was protesting peacefully.

According to witnesses and video footage, Police started yelling “bandit” as they were upset he was filming their unwarranted violence.  Neighbours prevented further police violence against the bystander after shouting that he was a neighbour and not involved.

Mayor Daniel Quintero imposed a curfew in the downtown area after clashed between police and rioters.

Despite efforts of the government to portray the anti-government protests as violent, the majority of them were peaceful and the violence that did occur was incidental.

The cacerolazos that followed the violent crackdowns indicated the national strike was broadly supported unlike President Ivan Duque, who can’t seem to receive public approval despite extensive campaigns to improve his image.

Duque, who tried to impede the protests, said in the afternoon that he would not withdraw the tax reform that triggered the national strike.

The president’s refusal increases the chances that the strike, which was originally planned for one day, becomes indefinite.

The chances of the tax reform making it through congress are slim as the majority of political parties have withdrawn their support from the government bill.