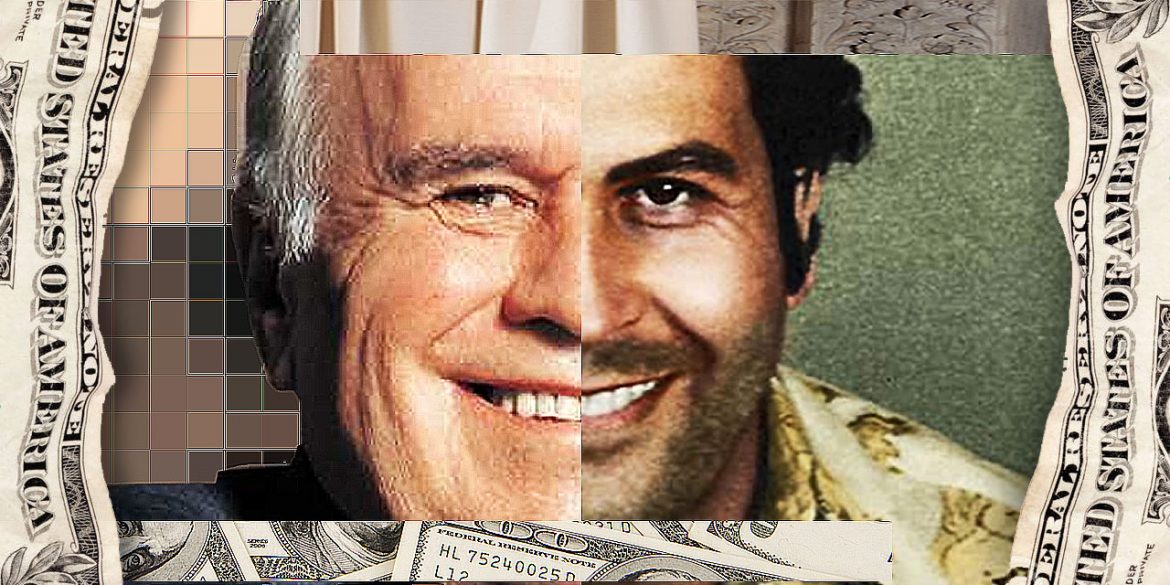 Six of Colombia’s largest corporations could face damning convictions if the country’s chief prosecutor would follow up on their alleged criminal behavior.

Supermarket monopolist Exito from Medellin is Colombia’s most successful corporation in terms of revenue, which went up 9.4% in 2017 to reach $18.4 billion. The company the country’s largest employer with 168 thousand employees, 42 thousand of whom work in Colombia.

The company has long been praised in the business community for being one of the country’s best employers, but this may say more about the sorry state of labor conditions in Colombia than about Exito’s policies.

During collective negotiation over wage and labor conditions, the company has traditionally offered Sintrainac workers’ union an “all or nothing deal,” basically telling the workers to accept the company’s proposed wage hikes or stick with the old wage.

Two hundred and fifty workers were surprisingly fired in March this year after the company tricked them them into signing their voluntary resignation amid promises the workers would receive a new contract. No new contract ever came, said their union.

Colombia’s state-run oil company Ecopetrol was one of the primary sponsors of paramilitary group AUC, according to the now-defunct group’s last leader, according to former AUC chief Salvatore Mancuso.

“They instigated the killing of civilians” deemed undesirable as part of what they considered the AUC’s security work, the top AUC chief said.

Ecopetrol was so close to the AUC, they say most paid middle men to facilitate the paramilitaries and the AUC’s ambition to kill the Catatumbo Bloc governed the oil company as an “organic member.”

The company’s deputy security chief was called to trial and jailed in 2015 on charges he ordered the massacre of eight in 1999 in Barrancabermeja, the town where the company has its largest industrial complex.

The company’s allegedly intimate ties with the death squads were never investigated.

While many companies supported the AUC’s brutal persecution of “everything that smelled like guerrilla,” Gas chain Organizacion Terpel did not. In fact, they are considered one of the companies with the best reputation in Colombia.

The gas station chain did actively persecute workers who joined oil industry union Union Sindical Obrero in the first decade of the century, but the relations between the company and their workers’ union has improved significantly since then.

Grupo EPM has arguably been one of the worst human rights violators in the history of Colombia, despite being Medellin’s public utilities company and the city’s main financier, at least for now.

The company has sunk into a major crisis after Medellin Mayor Federico Gutierrez appointed Jorge Londoño, a personal friend who had no experience in the energy sector whatsoever; Londoño was the boss of pollster Invamer, which appeared so grateful their former CEO left that it has given Gutierrez almost North-Korean-like approval ratings ever since.

Both before and after the entitled-rich-kid-turned-CEO took over EPM, the public utilities company has had one of the worst human rights records in Colombia.

Paramilitary groups have massacred their way through the Ituango town over the past decades, allowing EPM to save a lot of money in paying compensation to locals that inhabited the region where the company wanted to build the dam and fill up the reservoir.

The locals were left traumatized though, even more so after the company blundered in the last stage of the building of the dam got in a hurry, three community activists were assassinated and the area where victims say the paramilitaries buried the assassinated locals accidentally flooded, leaving the victims without hope they could ever give their loved ones a christian burial.

To make the situation even more embarrassing, Gutierrez said Members of European Parliament who criticizes the project “radicals” with affinity to Colombia’s far-left guerrilla groups after the lawmakers asked him to attend to the victims of the project.

Grupo Argos, a member of the semi-business cartel Grupo Empresarial Antioqueño, has been among the main beneficiaries of Colombia’s armed conflict.

The corporation has always boasted that out of principle it consistently refused to pay “vacuna” to illegal armed groups and has never been accused by demobilized paramilitary commanders of having been one of its sponsors.

Rather than using illegal armed groups, Grupo Argos prefers to depend on the military, which in terms of human rights violations isn’t always a good thing, because of the regional army division’s abhorrent human rights records and the intimate ties it enjoyed with the AUC.

Back in 1963, when the company was still called Cementos el Cairo, the governor of Antioquia sent in the military that assassinated nine workers and injured 32 in an attempt to break up a workers’ strike. The governor’s newspaper, El Colombiano, blamed the massacre on “communist agitators.”

The company fired the representative of labor union Sutimac in 2015 in what the union considered an “abhorrent act of aggression.” According to the union, the sacking of their leader was “unjust and illegal.”

Airlines Avianca owner German Efromovich is among the most aggressive and loathed business owners in Colombia. Customers despise the company for blatantly ripping off clients for hundreds and sometimes thousands of of dollars.
Pilots disapprove of their boss because of his consistent refusal to negotiate with their union.

A 2017 strike was aggressively attacked by the mogul, strike leaders were sued, and the Avianca owner ultimately sacked whoever he considered too much of a troublemaker, especially union leaders.

Furthermore, Efromovich has been accused of taking advantage of paramilitary terror that allowed him to buy land that was stolen from the state for one of his other business adventures, palm oil. Multiple families who had been living off that land for decades were expelled. The court ordered the extremely aggressive CEO to return 2,000 hectares to these farmers in 2016.

Cartagena oil refinery Reficar became the national shame of Colombia in 2016 when investigators found that its directors and their foreign associates basically bankrupted the country’s largest refinery by mismanagement on a scale never seen in the country before. According to investigations, some $4 billion was embezzled or misappropriated by the board of directors, who spent $16 million on prostitutes alone.

While the managers were using the company’s funds like a debauchery-driven piñata, workers were violently oppressed if they tried to demand higher wages or an complain about the company’s gross mismanagement.

Grupo Nutresa is Colombia’s largest food producer. With the exception of some sporadic escalated labor conflicts , the company has never been tied to any criminal activity, violence, corruption or labor exploitation.

Mobile telephone company Claro, its competitors Tigo and Movistar were fined for more than $3 million each for cartel forming, price fixing and tricking clients into accepting exploitative contracts.

Late last year, the company came into the news after its workers’ labor union said the company had unilaterally cut workers’ salary in half while extending work hours.

Energy company ISA was long one of the best performing public companies among Colombia’s 10 largest corporations.

Bogota authorities decided to privatize the profitable public utilities company and sold it to Canadian asset manager Brookfield in 2016.

The sale spurred mayor opposition. Many claimed the company was sold well below market value, causing major losses in the city’s financial patrimony. Furthermore, the loss of the revenue stream for severely limited the capital’s public spending budget.

Following Brookfield’s purchase , the company immediately began to cut labor costs. Labor union Sintraisagen said the company did not hold back violating the human rights of the employees. ISA’s cuts in personnel and production spurred dramatic revenue cuts in 2017 already as the company appears to be sold in parts to other investors.

Medellin’s public utilities company EPM is desperate to it sell assets in companies like ISA to cover the costs of the HidroItuango blunder. But this apparent panic reaction could sink EPM even deeper into economic trouble as again a public company would be selling assets under the market price.