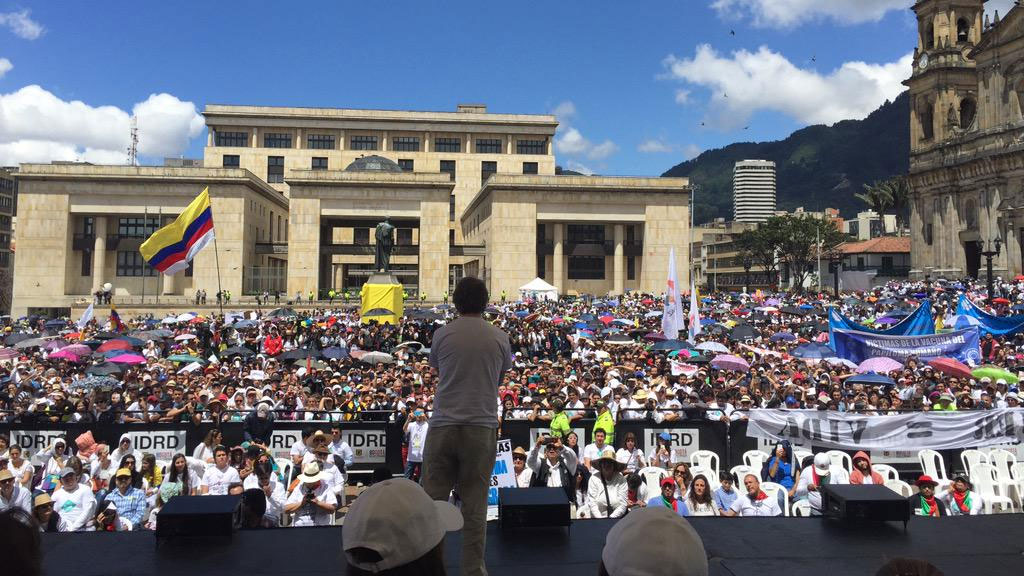 Colombians across the globe join anti-war ‘March for Life’

Tens of thousands of people took to the streets in Colombia and across the globe to promote peace in the South American country.

The March for Life had been organized by former Bogota mayor Antanas Mockus and was endorsed by the government, which is currently negotiating an end to 50 years of violence between the state and the hemisphere’s longest living rebel group.

Centrist and leftist political parties, and social organizations that support the talks took part in the march.

Conservative opposition party Democratic Center, under the leadership of former President Alvaro Uribe, boycotted the event, claiming the march was “forced and payed for by the government” of President Juan Manuel Santos. The march was also ignored by the Conservative Party.

In the capital Bogota, some 30,000 people took part in the mobilization, according to media reports.

Thousands more took part in similar demonstrations in cities like Medellin, Cali and Barranquilla where local governments had been promoting the march and governors and mayors took part.

The demonstrations were not reserved to Colombia; People were waving Colombian flags in smaller manifestations in the United States, Canada, China, and a number of European countries.