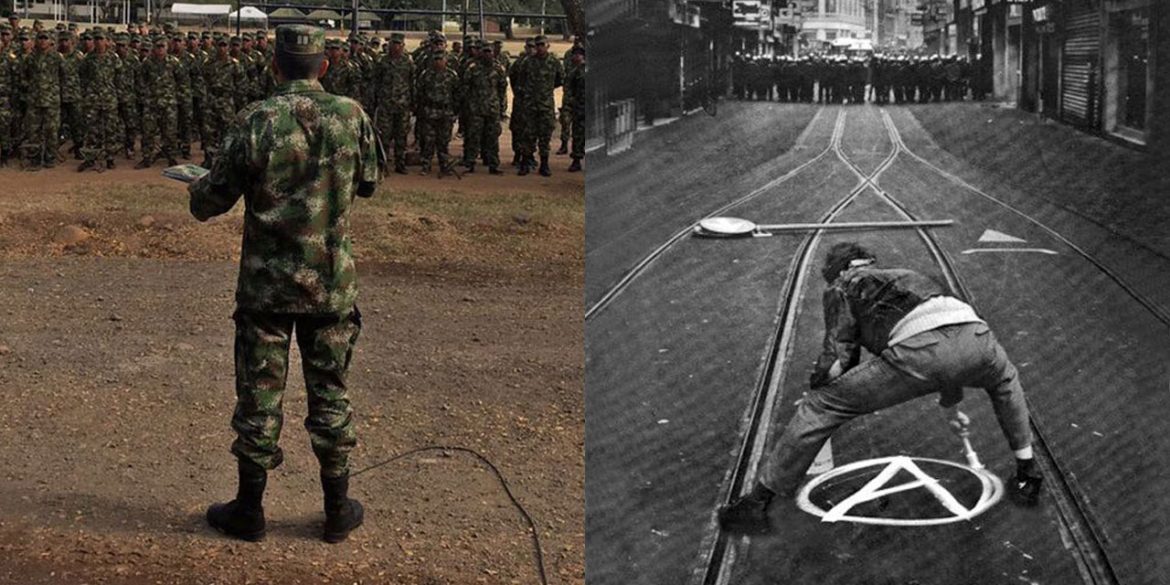 A Colombian tale: the anarchist punk and the wife of a general

Once upon a time in Colombia, the wife of an army general taught an anarchist punk the true meaning of peace.

I don’t know what things are like in your country, but in my country, the Netherlands, anarchists have been a political minority since forever, and have generally been a rather jolly supplement to the political landscape.

We’re nothing like those hooded thugs I saw on American media beating up legitimate extreme-right protesters or spokespersons. The vast majority of Dutch anarchists have adopted satire as our main political tool for more than a century.

In the 1920s, Amsterdam anarchists who opposed compulsory voting elected the city’s most infamous drunkard as their city councilor. His only political goal was to achieve “a few daily free gins for all Amsterdam residents.” 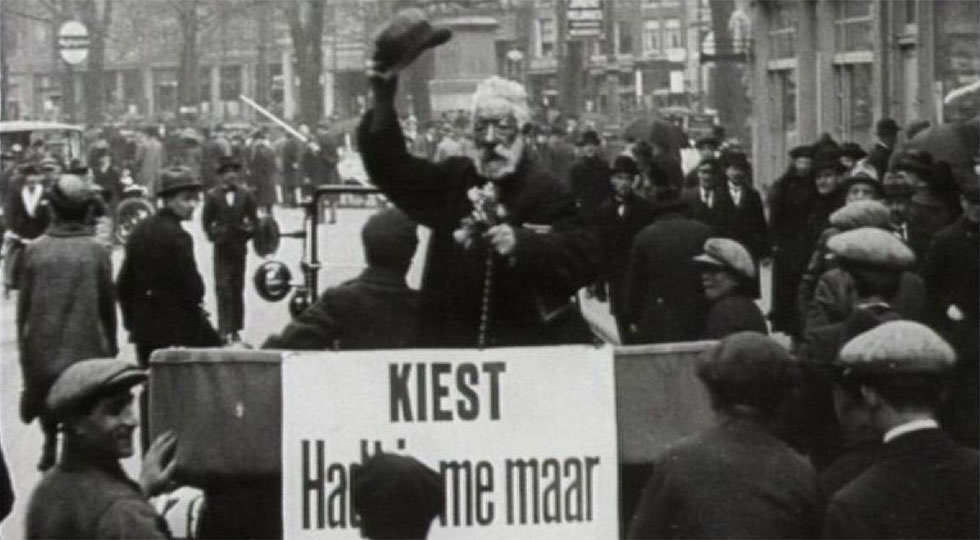 Had-je-me-maar while on his successful 1921 campaign

The drunkard-turned-politician was soon removed from office on public indecency charges. Compulsory voting was dumped soon after.

When the Nazis invaded my country in 1940, the anarchists were even more useless than our military. Because of our dedication to non-violence, we were unable to defend ourselves and many ended up in concentration camps.

In the 1960s, a new generation of anarchists in the Dutch capital fixed up abandoned bicycles in order to provide the city with free and environmentally friendly public transport.

Much to my amusement, this anarchist bicycle plan is now government policy in my current city Medellin and a whole bunch of other cities.

In the 1990s, my generation would troll neo-Nazi marches, squat vacant buildings and set up so-called “give-away shops” where “consumers” could take stuff without paying and others would bring stuff they no longer needed.

The police never knew what to do with us as we were rigidly non-violent and never really broke any laws. We mainly made fun of them as we did with the neo-Nazis.

When I was drafted for compulsory military service, I invented every possible mental illness to get rejected as I was anti-military and anti-war. I was excused from service. Many of the guys from my draft ended up as UN soldiers witnessing the Srebrenica massacre, in which some 8,000 Bosnian Muslims were slaughtered.

After moving to Colombia, and witnessing both the horrors of war and the threat of a dysfunctional state to society, my non-violent and anarchist convictions only became stronger.

Freedom has no value if violence is the price.
I don’t want your revolution, I want anarchy and peace.

Then I got to know Doña Sandra Henao, a dedicated volunteer at the Military Hospital in Bogota and the wife of a prominent army general, a professional militarist.

While I was reporting on the war, Mrs. Henao was holding the hands of soldiers in shock because their legs had just been blown off by a FARC landmine.

Mrs. Henao is a god-fearing paisa and an active supporter of Colombia’s armed forces, pretty much my polar opposite, you would say.

I contacted her after reading a column — I forgot in which newspaper — in which Doña Sandra expressed the joy she felt the day the hospital chief informed her that for the first time in decades no injured soldiers had come in, primarily as a consequence of a peace deal with the violent Communist rebel group.

Her article moved me greatly. Fortunately she gave me permission to reproduce the article in English and I published it on Colombia Reports.

We have since remained in contact through Facebook and I’ve increasingly witnessed what a noble, strong and admirable woman she is.

One time I felt deeply demoralized over the ongoing irregularities in Colombia’s peace process and the ongoing violence against social leaders.

Doña Sandra is much stronger and resilient than I am.

Calling me “son,” she urged me to “continue our fight” for peace in Colombia and told me I represented a “voice of the people.”

Never before had I felt such a moral boost. If Dutch anarchists and Colombian militarists are able to motivate each other to pursue one common goal, peace in Colombia, this one common goal makes any other difference as important as our different tastes in music or fashion.

Moreover, I suddenly remembered Martin Luther King’s words about judging people “by the content of their character.” While the American reverend was talking about racial divides, Doña Sandra made it crystal clear that this also applies to political and social divides.

How can I not admire a women who is willing to face the horrors of war on a daily basis only to reduce the suffering of the victims of that war?

While peace in the Netherlands for me was virtually an abstraction, it took the noble wife of a Colombian army general to give me a profound understanding of what peace means.

Peace is when we transcend our political and social divides and as individuals judge the content of an other person’s character while unconditionally respecting other people’s liberty to think and act differently.

Doña Sandra taught me that, not Mikhail Bakunin.