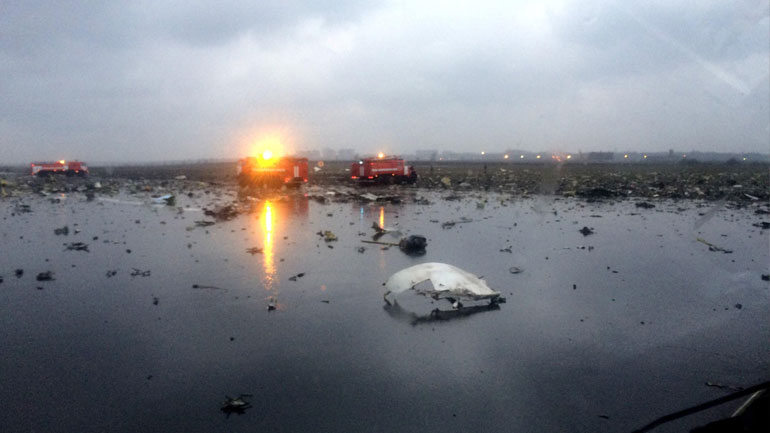 Russia’s consul in Dubai said Saturday that one Colombian national was on board the Flydubay flight that crashed in southwest Russia, killing all 62 people on board.

“Based on preliminary investigations,” the website of the Russian consulate in Abu Dhabi said that “the nationalities of the deceased passengers include 44 Russians, 8 Ukrainians, 2 Indians and 1 Uzbekistani. Crew members nationalities are: 2 Spanish, 1 Russian, 1 Kyrgyz, 1 Cypriot, 1 Seychelles and 1 Columbian (sic).”

The claim was not confirmed by Flydubai, which only published the nationalities of the passengers on its website.

Colombia’s foreign ministry has yet to make a statement on the alleged death of the Colombian worker.

The Flydubai Boeing 737 jet crashed at the Rostov-on-Don airport after traveling from Dubai.

Following a fist missed attempt to land, the airplane reportedly circled above the Russian airport before attempting its second landing with tragic consequences.