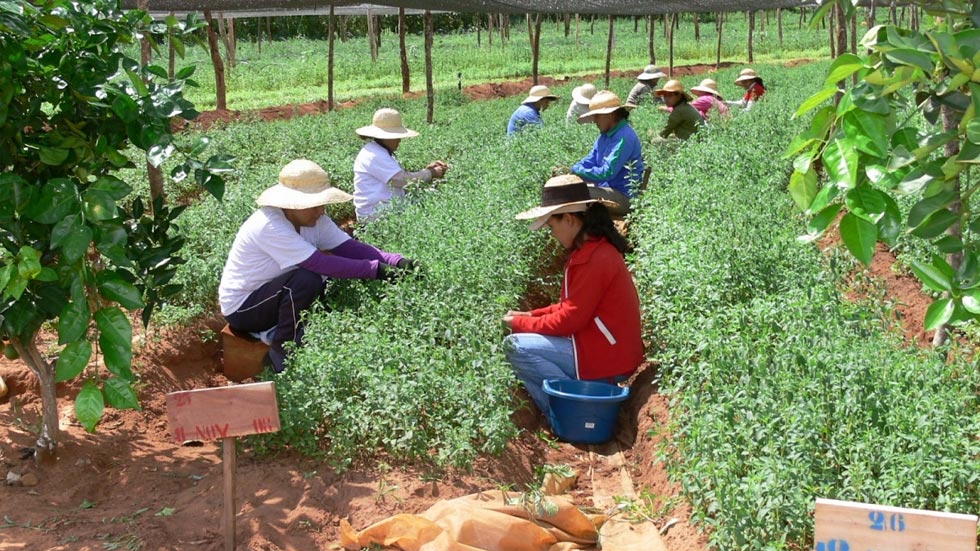 65% of Colombia’s farmland is not used or underused, according to a government report published Tuesday.

The Unit of Rural Agro-economic Planning  (UPRA), which was given the task of measuring what is grown against what could be grown, indicated that just 35% of the nations 11.3 million hectares of agricultural land is put to efficient use.

“Colombia has enormous agricultural potential, but is far from using it efficiently,” says Felipe Fonseca Fine, director of UPRA.

The revisions made by the UPRA outline numerous examples of  vast tracts of land that are being misused.

While Amazon soil is poor in nutrients and is not always good for farming, the UPRA has identified 22,915 hectares suitable for forest plantations for commercial purposes.

The UPRA also identified the potential of the province of Antioquia in respect of what Colombian farmers could possibly achieve.

20.5% of the land in the province is suitable for agriculture but it too falls under the pattern of misuse with agriculture well developed only in only 46% of the territory.

The UPRA highlighted that there are areas suitable for plantations of rubber, potato, palm oil, corn and rice, among others.

Other provinces that are failing to capitalize on their potential for agricultural yields included Cordoba 32.9%, Cundinamarca 38% and Valle de Cauca 54% with the report indicating that “both for export and food security are compelling reasons to increase productivity in the countryside.”

Concerned members of the agricultural community have expressed concerns about the benefits, or lack of, for Colombia as a result of the Free Trade Agreement (FTA) with the United States.

The failure of Colombia to make efficient use of agricultural land is precisely one of the reasons why the country is importing 28.5 percent of the food consumed by households, according to estimates made by the Agricultural Society of Colombia (SAC).

These latest findings shed some light on the existence of a  disgruntled agrarian population who have slammed the Santos administration for their neglect of the rural economy.

Already farmers have protested that Santos has failed to keep promises made in a negotiation that ended a major agrarian strike in 2013.

The strike that threatened urban food supplies was ended when farmers’ organizations and the government agreed to a number of measures that would stimulate the rural economy, a sector that has been struggling for decades by the governments’ own admission.