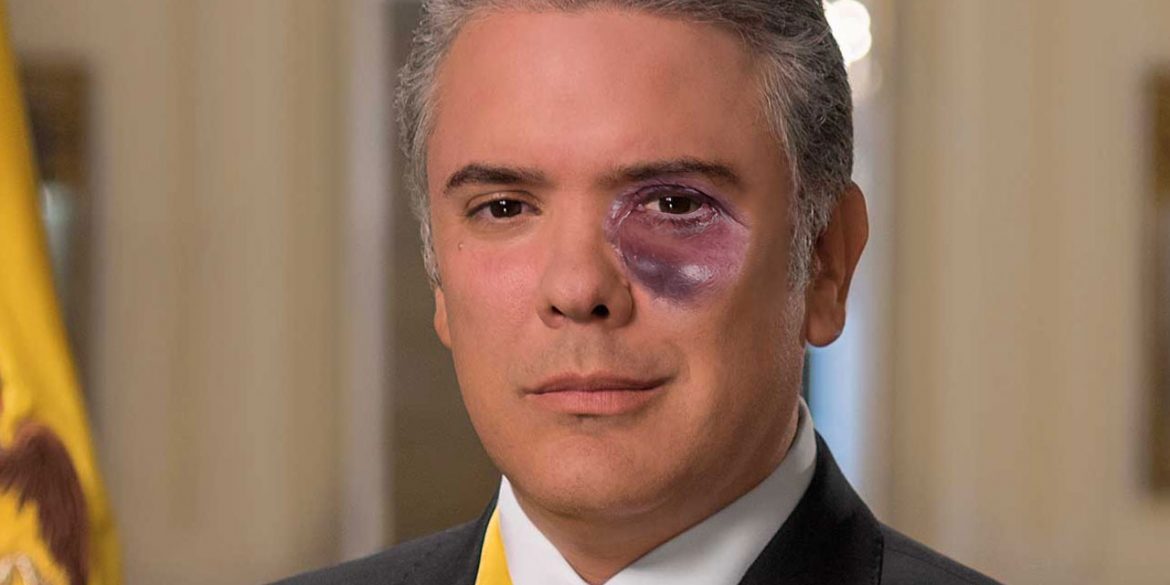 Colombia urgently needs a president, and Ivan Duque is the man for the job

Ten months after taking office and for the sake of Colombia, President Ivan Duque better begin behaving like a head of state instead of a spoiled brat.

Wednesday was possibly Duque’s worst day since he took office in August last year; the Supreme Court ordered the release of FARC leader “Jesus Santrich” and the Constitutional Court binned his objections to the country’s war crimes tribunal.

The president had already lost the support of Congress and the public, and has seemingly become a lame-duck president who has been unable to push through his agenda through congress.

What is left is for the president is the support of the “uribistas,” a rag-tag bunch of corrupt provincial elites and far-right crazies that — fortunately for Colombia — make up only a minority of the population and Congress.

I generally have little sympathy for entitled rich kids, but Duque’s failing presidency is not just humiliating for himself, it is a disaster for Colombia. It is no fun to watch.

The Duque administration’s evident ineptitude is causing chaos, is promoting violence and is inching the country towards becoming a failed state, again.

So far, Duque’s presidency has been marred by corruption, nepotism and his attempts to obstruct justice for the victims of his political patron, former President, former Medellin Cartel associate and alleged war criminal Alvaro Uribe.

The president’s weakness has been exploited by his “allies” who have been bashing the country’s executive branch as if it were a piñata, with disastrous consequences for the country and its people.

Violence is up, unemployment is up, drug trafficking is up, and the mass killing of community leaders and human rights defenders is condemning much of the population to live in terror.

Colombia cannot afford more disastrous governance and the country’s president needs to be aware of this.

The country, which has historically failed to progress because of chronic mismanagement and corruption, urgently needs to take steps forward and needs a democratic leader who facilitates this.

Duque is the man for the job, but somebody must convince the president that the country’s highest office comes with responsibilities he must assume, whether he likes them or not. Duque is a 21st century president of a republic, not a 19th century monarch.

Many journalists who have talked to Duque will agree with me he is a good man, and many know he is an intelligent and educated man. He lacks executive experience and is advised by idiots is all.

Duque can turn around his own fate and that of the country, but he will have to grow balls, distance himself from the war criminals and crazies, and assume the responsibilities that come with his job.

Colombia is full of talented, honest and experienced executives, they’re just not members of his reactionary Democratic Center party that has been grabbing all the power.

For Duque to recover the destroyed governability, prevent the reversal of his country’s development and save his own reputation, the president would do well to boot the crazies that got him into power but left him powerless.

Doing so would allow him to restore harmony between the different branches of power, and share executive power with the talented, honest and experienced leaders who have avoided his sad excuse for a political party like the plague.