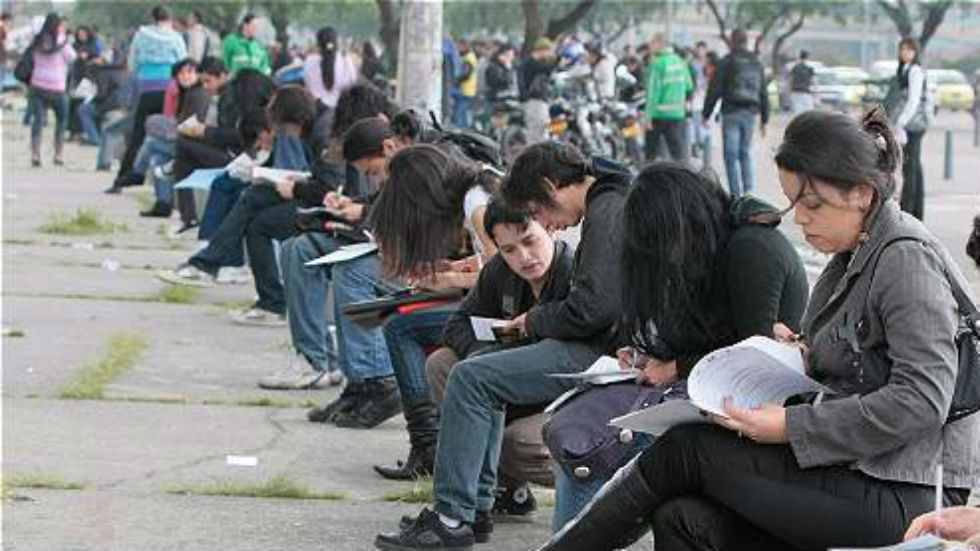 Colombia unemployment on the rise for first time in 8 years

Colombia’s unemployment rate rose 0.3% to 9.2% in 2016, the first increase since 2009, according to figures released on Tuesday by government statistics agency DANE.

The newly released data indicates that on average in 2016, 2.3 million were unemployed.

The lowest level recorded in 2016 was in the month of November when unemployment dropped to 7.5%, the lowest rate in 17 years. At that time only 1.86 million people were without jobs.

Unemployment was higher than the average in the 13 cities and metropolitan areas at 10%. The level fluctuated throughout the year with a high of 14.1% in January 2016 and a low of 8.7% in November.

Colombia’s capital city Bogota contributed the most to the increase in unemployment rate. In Bogota 413,000 people were unemployed on average last year. The two biggest branches of industry in decline in Bogota were transport, storage and communications which fell 6.5%, and public, social and personal services which dropped 2.7%.

Overall in 2016 the business, hotels and restaurant industries had the highest number of workers, employing 6.2 million people, some 29% of the total workforce.

Public, social and personal services was second with 20%, followed by farming, hunting, forestry and fishing with 16%.

The rise in unemployment rate coincides with a slowing in the growth of Colombia’s GDP. In 2016 the expansion of the Colombian economy slowed to a 2% GDP growth, the lowest rate in 7 years.

Colombian President Juan Manuel Santos announced in February that the Colombian government will attempt to stimulate the stagnating economy with public investments of $8.6 billion.

President Santos claims that this investment would generate 750,000 jobs.