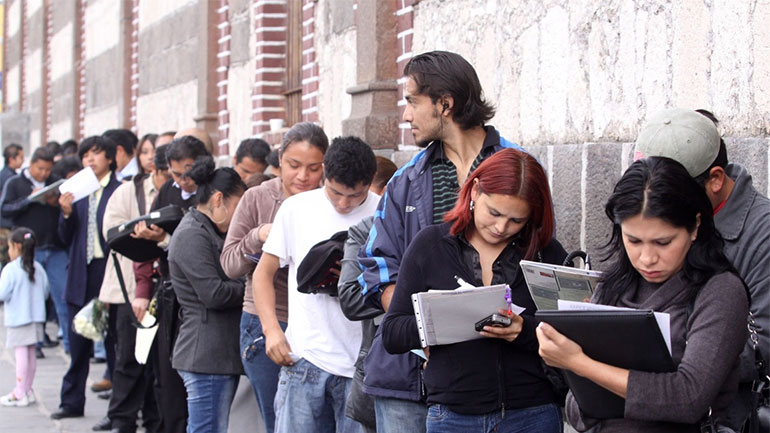 Colombia’s unemployment rate rose 1.1 percentage point to 11.9% in January compared to the same month last year, according to the country’s statistics agency.

The figures of increased unemployment follow general slowdown of Colombia’s economy that has already caused dropping imports and exports, and a major hike in food prices.

President Juan Manuel Santos last week announced a 3% cut in this year’s governments budget to deal with the economic downturn caused by a drop in global oil prices and other commodities.

In Colombia’s 13 largest cities and metropolitan areas, the unemployment rate hit 14.1%, spiking a stunning 2.3 percentage points stood compared to the 11.8% measured in January 2015.

The city that contributed most to the increase in the monthly unemployment rate was Colombia’s capital Bogota.

In the mobile quarter of November 2015 to January 2016, the unemployment rate in the 13 cities and metropolitan area stood at 10.7%, an increase of 0.8 percentage points, of which 0.6 were explained by the city of Bogota.

In Bogota, in this moving quarter, the industries that accounted for the decline were construction (-19.8%), transportation (-11.4%) and manufacturing (-5.9%).

The cities recording the lowest unemployment rates were Bucaramanga (7.6%), Cartagena (8.6%) and Barranquilla (8.7%).

Today, the country has 21.3 million people employed, 2.8 million Colombians of working age outside the labor market and 13.4 million inactive.