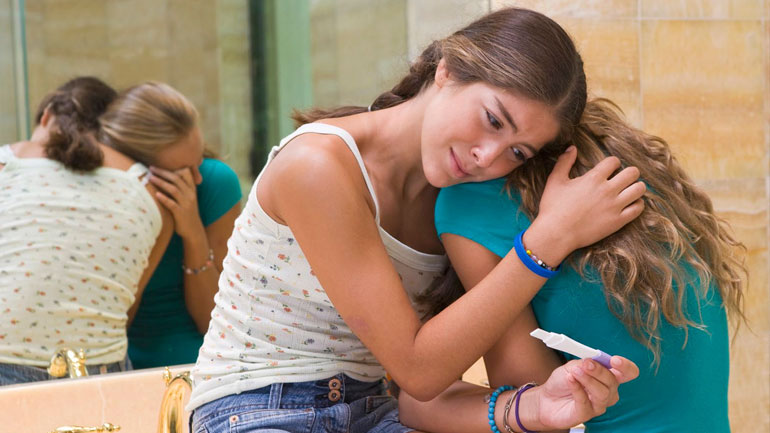 Colombia is running a social media campaign to curb the country’s huge child and teenage pregnancy rate that stands at 408 births per day.

The hope of the campaign which began last Wednesday is to improve the prospects of young girls with the tagline “Instead of pregnancy, my dreams” and the hashtag #ILookAfterMyFuture.

The ICBF invited young girls to share photos of themselves wearing backpacks on their front to show a commitment to their future and the fulfillment of their dreams.

The idea of the campaign is also to include the parents of teenagers and encourage them to engage in conversations about sex and help them to develop a life plan from a young age.

According to the Colombian Institute for Family Welfare (ICBF), 408 girls between 10 and 19 years old give birth in Colombia every day.

From the beginning of 2015 until June 2,806 girls between the ages of 10 and 14 and 63,444 between 15 and 19 years old gave birth in Colombia according to Colombia’s National Department of Statistics (DANE.)

“Teen pregnancy is the cause and consequence of the largest inequalities in society. Work for its prevention, which requires the active participation of society, is one of the priorities of the national Government,” said Cristina Plazas, the director of ICBF.

“We must understand that adolescent women run a very high risk to their health by becoming pregnant,” added Plazas, “We should support their dreams and their life plans that they build while enjoying their childhood and adolescence without the responsibilities of adults.”

Teen mothers will not only be at risk of health problems but also may drop out of school and suffer discrimination in social contexts.

The ICBF also warns that teen pregnancy can lead to entering the job market too early and being limited to underpaid jobs, exacerbating the link between teen pregnancy and poverty.

Abortion is illegal in most cases in Colombia, a predominantly Catholic country, but steps are being taken to change this to prevent women putting themselves at risk during an illegal abortion.