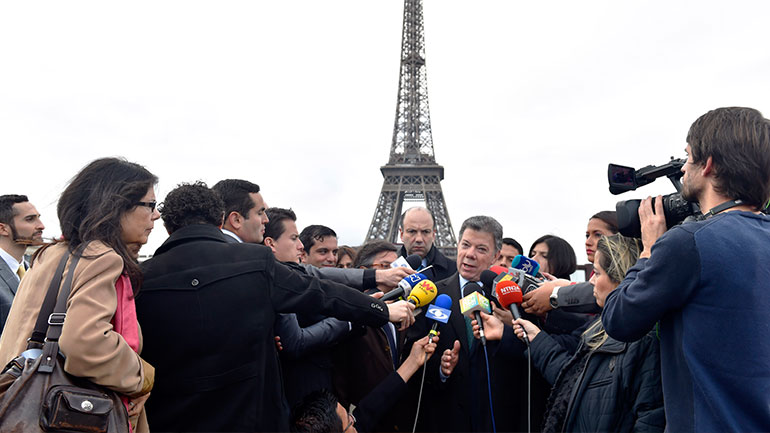 Colombia announced Monday that Norway, Germany, and the United Kingdom have pledged $100 million to combat deforestation in the country’s Amazon region.

Colombia’s Environment Minister Gabriel Vallejo told newspaper El Espectador that deforestation has increased in certain zones in the Amazon due to “illicit [coca, poppy and marijuana] cultivation, expanding agricultural frontiers, illegal mining and all forms of criminal activity that has developed over the years.”

The minister affirmed that the three countries had been working together on the project for the past year and a half. He added that another agreement is expected to be signed on Tuesday that will deliver Colombia an additional 200 million for reforestation projects that will be carried throughout the rest of the country.

For the most part, funds will go to areas that have been affected by Colombia’s 51-year internal armed conflict. The Santos administration is currently negotiating peace with leftist rebel groups FARC and ELN.

“One of the great benefits of peace … will be environmental,” said Vallejo, referring to the environmental damage caused by rebel attacks on oil infrastructure, and their involvement in illegal mining and coca cultivation.

Colombia’s forests are among the most bio-diverse in the world but many are under threat by human activity.

According to the South American country’s meteorological institute IDEAM, Colombia lost 140,356 hectares of forest in 2014, 16% more than the year before. Almost half of the deforestation, 45%, took place in the southern Amazon region.