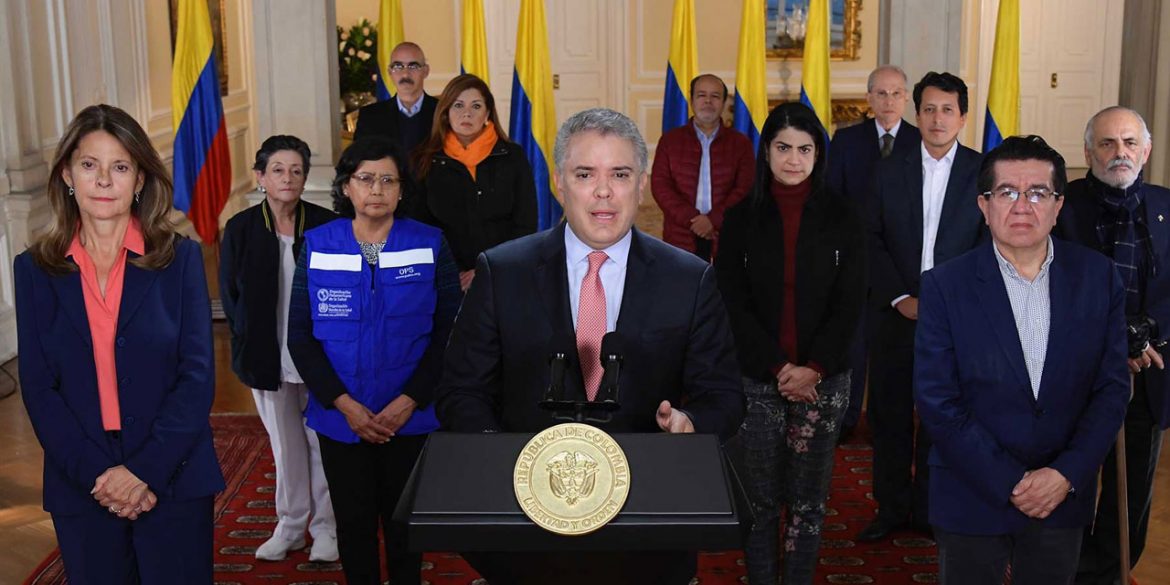 Colombia to go into quarantine on Wednesday: Duque

Colombia will go into quarantine on Wednesday in the government’s latest attempt to curb the spreading of the coronavirus, President Ivan Duque announced on Friday.

In a televised address to the nation, Duque announced his most far-reaching measure so far amid initial hesitation.

This measure seeks to protect us as a society, guaranteeing the supply of food, access to medicine, the adequate provision of essential public services, as well as those indispensable for the functioning of society.

The national quarantine will take force one day after the end of local and regional authorities’ quarantine drill that began on Friday and be in force until at least April 12.

It was a deliberated and structured decision, made with the help of experts, also to protect the most vulnerable.

Duque’s decision follows increased pressure by health organizations, governors and mayors, and the public, which has criticized the national government’s response to the pandemic as too little and too late.

The president announced the quarantine exactly two weeks after the first case of coronavirus was confirmed in the country and after a meeting with health professionals.

The quarantine will take effect one day after the country’s airports will no longer allow the arrival and transit of flights from abroad.

The president has yet to draft the decree which would regulate the quarantine and specify details, and would require the support of the entire cabinet.

Bogota Mayor Claudia Lopez, one of Duque’s fiercest critics, urged her constituents on Twitter to support the presidents decision.

“Tomorrow we will evaluate all the information we collected today and plan, with our panel of experts and cabinet, the best way to move” from the locally decreed lockdown to the national quarantine.

Medellin Mayor Daniel Quintero told his constituents that he will not enforce the “Quarantine for Life” he and Governor Anibal Gaviria had decreed “so that all this weekend you go out to shop and calmly prepare for the mandatory preventive isolation of the government.”

Also leading opposition Senator Gustavo Petro, who had been asking for this measure for days, expressed his support.

After his initial hesitation to go into quarantine, Duque decided on the most drastic measure after a meeting with scientists, many of whom had been asking for more drastic measures.

More information about the specific details of the quarantine and the decree ordering it should be made available after Duque has obtained the approval of all the ministers.