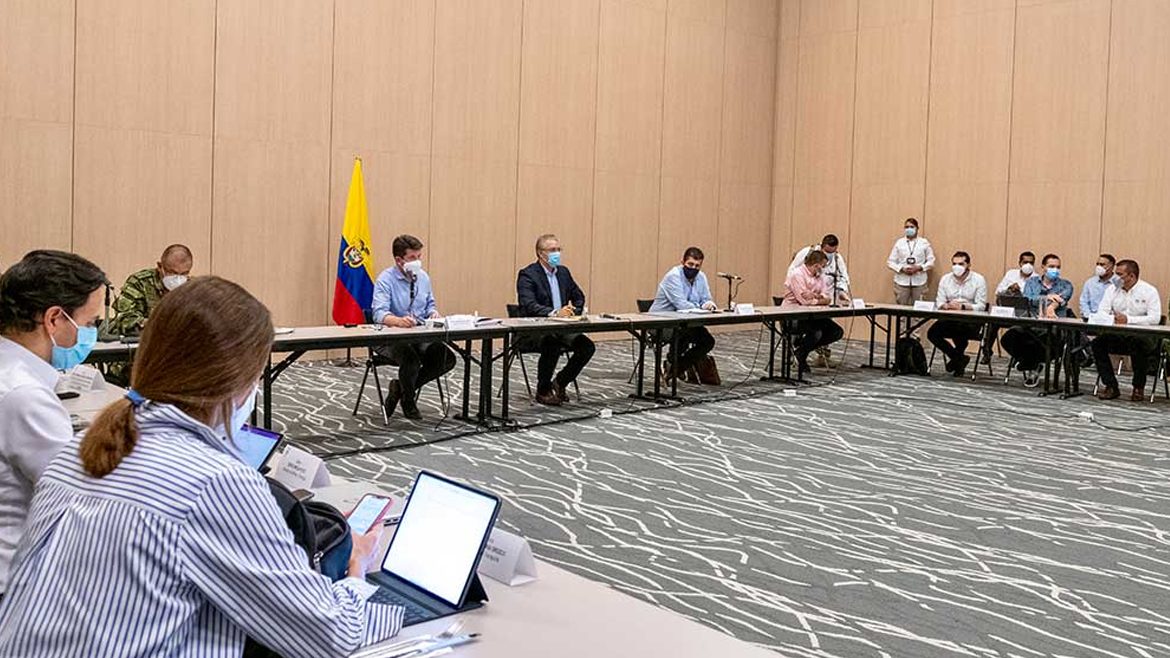 Colombia’s President Ivan Duque refused to immediately give in to social leaders’ demands that would guarantee their constitutional right to hold peaceful protests.

Duque met with the National Strike Committee after almost three weeks of protests and police repression that allegedly left more than 50 people dead, according to Human Rights Watch.

The two parties will meet again on Monday to continue negotiating guarantees that would allow peaceful protests, according to the National Strike Committee.

The strike leaders have stressed they needed the president to agree on this “one single point” to create the conditions that would allow negotiations on demands related to policy reforms.

What the National Strike Committee called “one single point” in fact contains multiple demands, most notably the withdrawal of anti-riot police ESMAD and an end to the militarization of cities that was ordered on the first day of strikes on April 28.

Additionally, the protesters want the president to order the creation of a special prosecution unit to investigate more than 2,000 human rights violations allegedly committed during the protests.

Lastly, the protest leaders want Defense Minister Diego Molano to apologize for the excessive use of force applied in ongoing attempts to quell protests.

Peace Commissioner Miguel Ceballos, who is negotiating on the president’s behalf, said he would study the demands and who would be responsible for meeting them.

National Strike Committee spokesperson Francisco Maltes said that that “we hope for a response by the government… as soon as possible.”

Maltes reiterated the social organizations had called for a new national strike day for Wednesday as independent protests continue to take place throughout the country daily.

The United Nations and the Catholic Church accompany the negotiations that are the first since the first National Strike Committee’s first strike day in November 2019 sparked the largest anti-government protests in more than four decades.

The latest protests were initially smaller, but have grown to historic proportions in a widespread rejection of the security forces’ brutality.