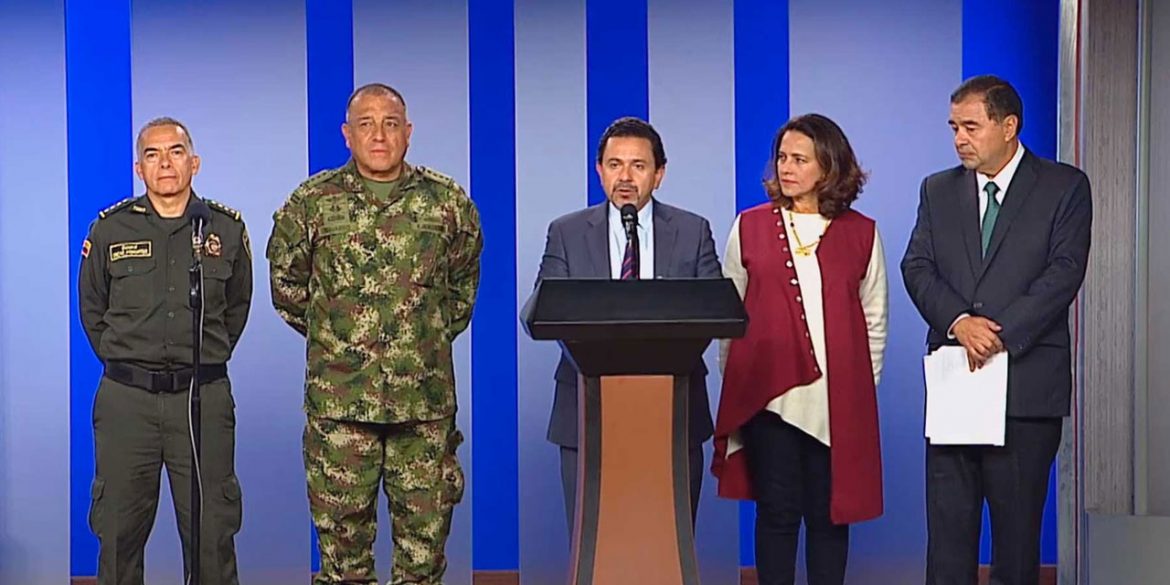 Colombia’s authorities on Wednesday struggled to announce progress in the implementation of a 2016 peace deal with demobilized FARC guerrillas days amid growing pressure.

President Ivan Duque met with the United Nations’ mission chief, Carlos Ruiz, and asked the UN to extend its verification mission of the peace process until after he leaves office in 2022.

The mission’s current mandate ends next year while concerns about delays in the effective implementation of the deal and the possibly violent consequences of this are growing.

In December, UN chief Antonio Guterres highlighted a series of government failures and persistent security concerns in his quarterly report to the Security Council.

Days before the council is set to discuss this report, Duque surprisingly asked for the extension of UN monitoring and convoked the first National Commission for Security Guarantees to come up with solutions for ongoing political violence.

Following the meeting that is supposed to be held every month, top officials were visibly struggling to present new proposals or results. 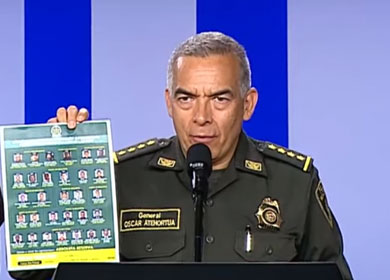 The only novelty that followed the commission meeting was announced by National Police chief General Oscar Atehortua, who announced that police had created a “Most Wanted” list of 30 people allegedly involved in the increasing number of assassinations of FARC members.

Other officials simply reiterated that existing strategies were advancing or presented numbers that made no sense.

Acting Prosecutor General Fabio Espitia, for example, said that his office was able to “clarify” 90 of 196 “acts of aggression” against members of the FARC.

This means that the prosecution has identified suspects in less than half of the assassinations and forced disappearances of former guerrillas, “which is much higher than the national average.”

Espitia would not say how many of these suspects were arrested or convicted.

The chief prosecutor also said that his office had achieved “a principle of clarification of 52.32%” of 336 assassinations of social leaders verified by the United Nations since 2016.

Atehortua clarified that 74 suspected assassins, 24 alleged conspirators and 10 alleged masterminds  were arrested last year. How many of these suspects were convicted is uncertain. 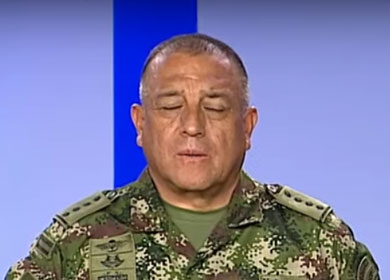 “In the sporadic events that have occurred against these people by some members of the security forces the prosecutions have been full and immediate,” said Espitia before rushing away from the microphone.

Ironically, Peace Commissioner Miguel Ceballos’ news was his announcement that the president was meeting with victims representative Leyner Palacios at the time of the press conference.

What nobody knew was that the social leader was delivering a letter to the president in which he accused the military of working together with paramilitary group AGC, the country’s largest drug trafficking organization, according to the United States.