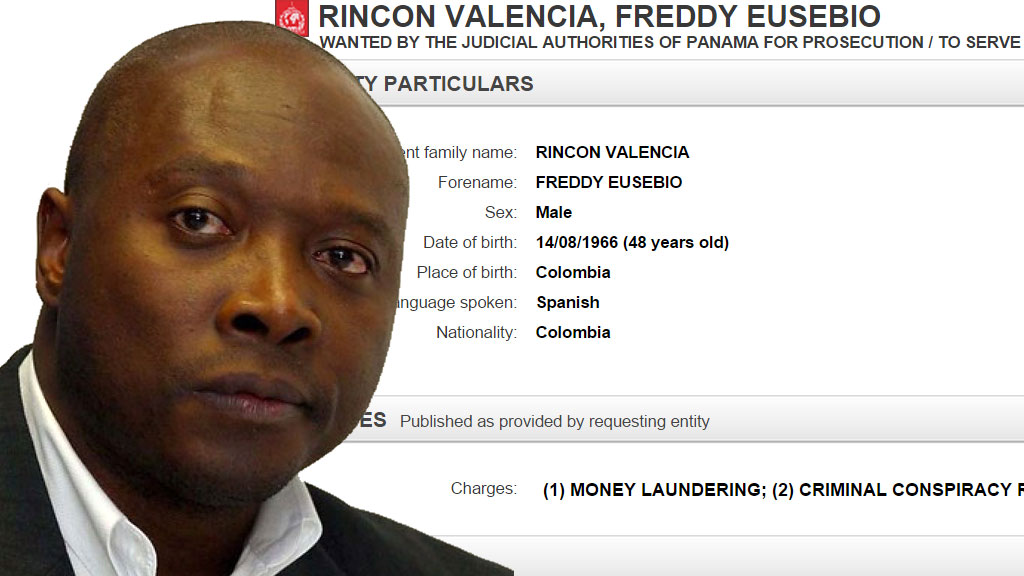 Interpol issued a red notice, similar to an international arrest warrant, which seeks “the location and arrest of wanted persons with a view to extradition or similar lawful action.”

According to Panamanian prosecutors, Rincon was involved in a money laundering scheme that sought to launder profits made by Colombian drug traffickers through a front company in Panama. Rincon was the registered owner of that company.

Interpol first featured the Colombian soccer star on its red notice list in 2013, but reportedly did not specify the charges until earlier this week.

The soccer player told Colombian media he was “surprised” by the latest move by Panama and Interpol.

According to Rincon, the charges date back to 2007 when he was held for four months in Brazil and investigated for the same crime.

“Panama has no evidence against me, and that’s why Brazil archived the case against me,” the soccer star told weekly Semana.

“I find it strange that when I want to retake my life and get a job in soccer, this order appears,” Rincon added.

According to the BBC, the charges could have to do with Rincon’s ties to drug lord Pablo Rayo. Both men knew each other when growing up in the Pacific port city of Buenaventura, Valle del Cauca.

Rincon has consistently denied having done business with the drug lord.

Notwithstanding, with Interpol confirming the charges, Colombian police authorities are now expected to arrest and extradite the sportsmen who became famous scoring a goal against Germany during the 1990 World Cup.

He also played for Italian club Napoli, Real Madrid in Spain, and Palmeiras and Corinthians in Brazil.