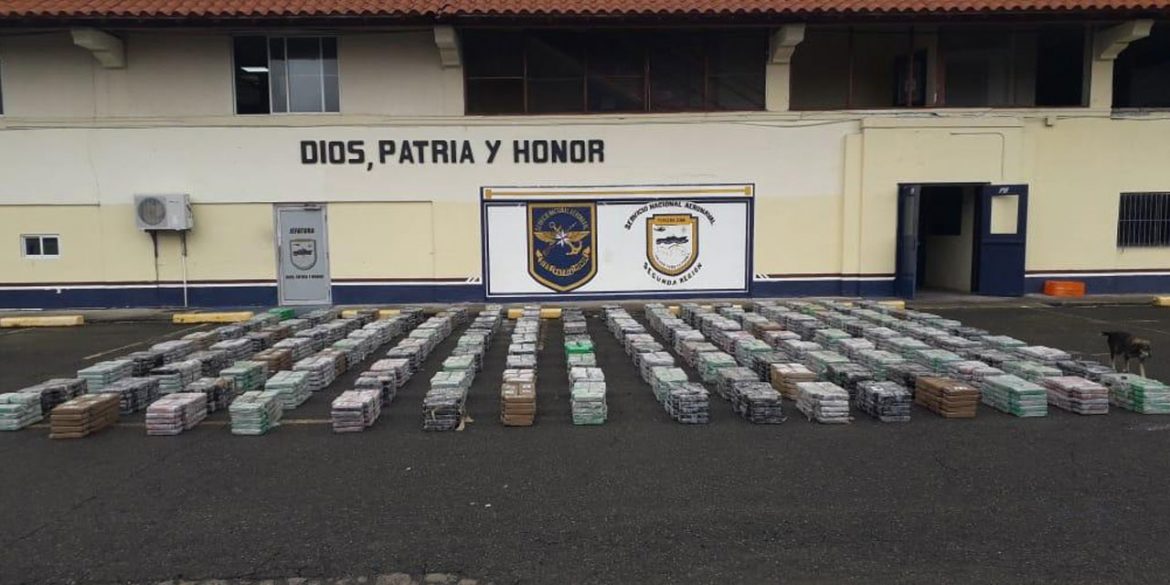 Colombia and Panama seize almost 5 tons of cocaine in Caribbean

Colombia’s Navy said Sunday that it had seized a cocaine shipment of almost five metric tons off the country’s Caribbean coast with the help of colleagues from Panama.

The 4,575 kilograms of drugs were found on a speedboat traveling from Colombia’s northwestern Uraba region to Panama, the navy said in a press statement.

The five men on board the vessel, alleged drug traffickers for paramilitary organization AGC, were arrested.

According to the Navy, its Panamanian counterpart spotted the speedboat and alerted Colombian authorities.

When the drug traffickers found out they had been spotted by the Panamanian Navy, they ditched more than 90 bundles and fled northward.

In a joint operation that also included the Colombian Air Force, the two countries’ authorities began a high-seed pursuit of the suspicious vessel that ended in Panamanian waters with the arrest of the suspects.

Testing of the bundles that had been dropped in the ocean proved the men were trafficking cocaine, according to the Navy, which said the drugs were worth more than $150 million.

According to Colombia’s Defense Ministry, authorities seized more than 158 metric tons of cocaine between January and May, 20% less than in the same period last year.

Another 75 ships like the one confiscated on Sunday were seized in the first five months of the year, 9% less than last year, according to the Defense Ministry.

Sunday’s seizure is the biggest bust made by Colombian authorities since March last year when more than 5.2 tons of cocaine were found in a banana shipment in one of the ports in the Uraba region, a major stronghold of the AGC.