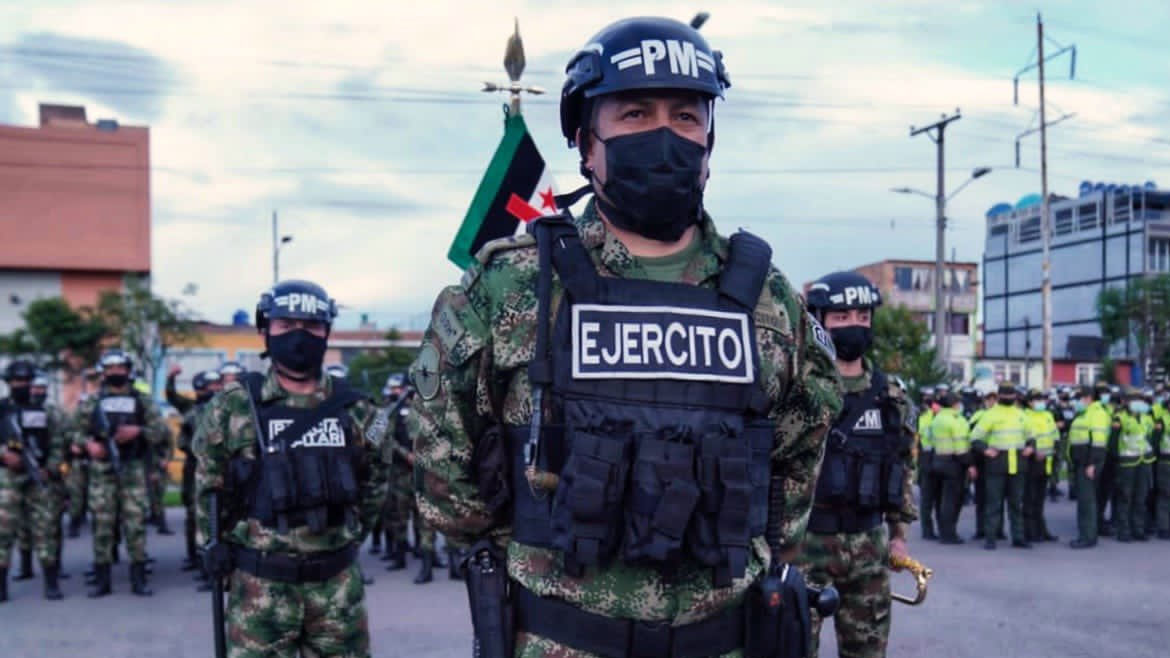 General Leonardo Gomez, the commander of the Bogota-based 13th Brigade, said that the National Army will also send forces to Soacha, which borders the capital, and the provincial capitals of Cali, Barranquilla and Cucuta.

Some 360 members of the Military Police joined the Bogota Police Department on Wednesday in an alleged attempt to improve security in the capital.

Gomez wants to expand the military’s involvement in policing to other cities, according to newspaper El Espectador.

Cali Security Secretary Carlos Javier Soler confirmed that the military would also be coming to the capital of the Valle del Cauca province to strengthen local law enforcement.

The military support is a sign of the institutionalism of the State and of the integration that must exist to secure the District of Cali, framed in the Constitution and the law. Many will not like it, but it is an example of political, legal, operational and operational articulation.

According to Cali Mayor Jorge Ivan Ospina, his city’s police force is not equipped to deal with the security challenged that followed the coronavirus pandemic and ongoing social unrest.

Ospina said that he hoped that the army would send between 400 and 500 men and women to Colombia’s third largest city to assist local police.

Mayor Jairo Yanez of Cucuta, Colombia’s main city on the border with Venezuela, also said that his police department was short of personnel, which he hoped the arrival of military police would partially solve.

We need help to reinforce the people on the ground, continue with the permanent investment in the rural area and maintain the social and labor reconversion processes that we have been developing there.

Defense Minister Diego Molano, who has been promoting military involvement in policing, welcomed the mayors’ request for support, which is a necessary requirement for the military to be deployed to deal with civilians, and called on other local and regional leaders to also request military assistance.

Opposition politicians have rejected the involvement of the military in urban policing, claiming they are not trained for the job and could end up violating citizens’ human rights.