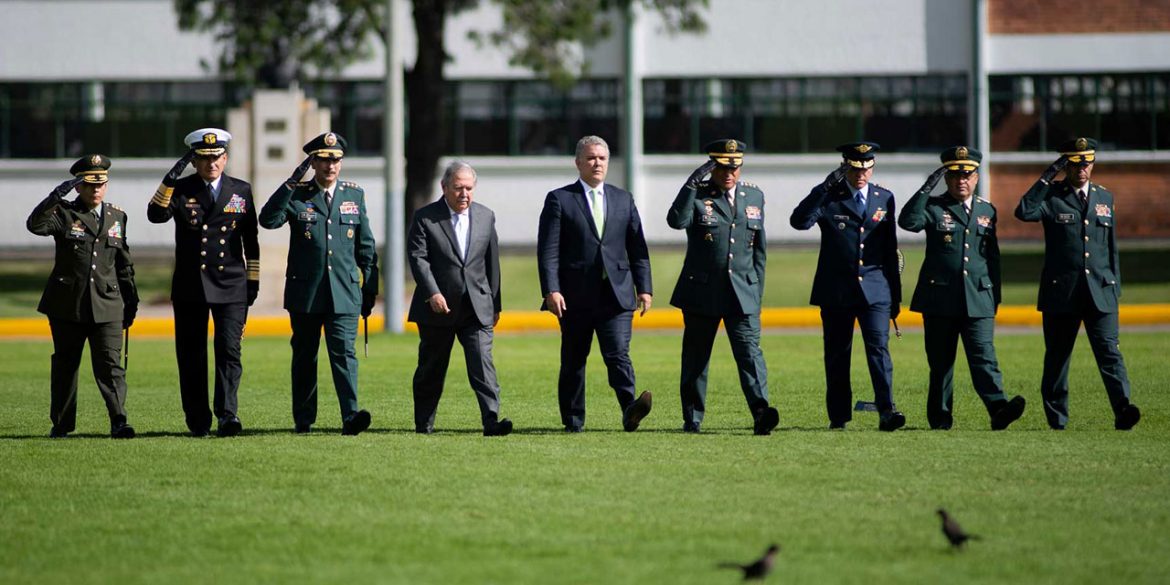 Colombia’s Defense Minister announced the retirement of three top generals and the replacement of the army’s second in command amid a growing crisis in the very top of the military.

Fajardo had already been sent on leave after weekly Semana earlier this month revealed testimonies he had been embezzling army funds.

Air Assault Commander General Juan Vicente Trujillo and General Javier Cruz, the commander in charge of the implementation of the country’s peace process, were also removed from their positions.

Army Inspector General Jorge Arturo Salgado was also replaced. He is sent to Chile to be the embassy’s military attache.

According to Human Rights Watch, Trujillo and Cruz have both been linked to the extrajudicial execution of civilians that cost the lives of thousands under former President Alvaro Uribe.

Salgado has been investigated for murdering civilians since 2015.

The purge severely weakens the position of National Army Commander Nicasio Martinez; he has been linked to the murder of 23 civilians, including a 13-year-old girl who was reported as a guerrilla killed in combat.

Furthermore, the removal of the generals are a major embarrassment for President Ivan Duque, who personally promoted Fajardo, Salgado and Romero in December last year.

Their promotion reportedly caused major concern among military commanders who feared that the alleged war criminals and allegedly corrupt commanders would further damage the army’s reputation.

Shortly after Martinez introduced his first directive in January, commanders who were afraid the order to double the number of combat kills and captures sought the media.

They told the New York Times that the order could only lead to the return of “false positives,” the killing or arresting of innocent civilians, in order to comply with Martinez’ desired military results.

The army’s leaked attempt to identify the whistleblowers led to the replacement of Quiroz and seems have had a domino effect; six top commanders have been removed from their positions in just one month.