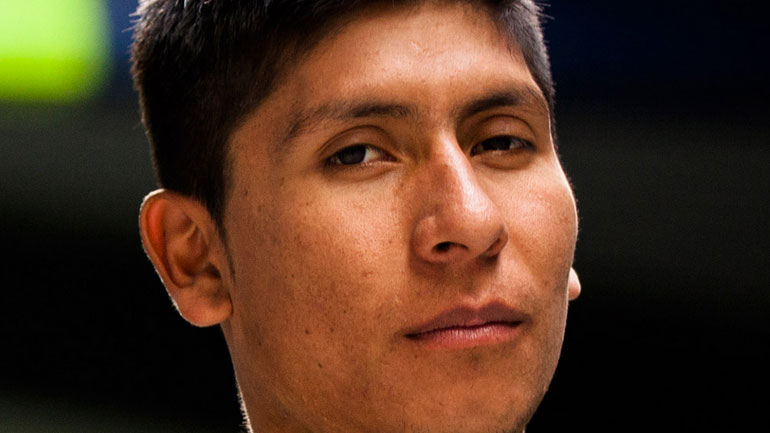 Nairo Quintana became the second Colombian this year to lead the Giro d’Italia after an impressive victory in the 9th stage.

Quintana won the “terrible” 92-mile race from Montenero di Bisaccia to Blockhaus that included a final climb that is infamous for its at times 14° upwards gradient, a killer even for some of the best climbers in cycling.

But not for Nairoman, who was born and raised in Colombia’s fierce Andes mountains.

Colombia’s undisputed mountain king used the feared final climb to escape from his competitors and was able to finish 24 seconds before his immediate stage rivals, Thinbaut Pinot from France and Tom Dumoulin from the Netherlands.

No rider had a chance when Nairo took the decision to conquer the mountain and rode away from his rivals.

Not even Italy’s own Vincenzo Nibali, a reputed climber, had the strength to keep up and finished one minute and 10 seconds after Quintana.

The initial Giro leader, Luxembourgian Bob Jungels, finished more than three minutes after Quintana, allowing the Colombian to climb the pedestal in Blockhaus not just to collect the honors for winning the stage, but also to put on the pink jersey.

Jungels fell the 12th place in the general classification, while Pinot and Dumoulin were able to stay within half a minute of Quintana.

Nairoman, who has said he aims to win this year’s Tour de France, the most prestigious cycling race of all, has shown the world and his rivals he is in excellent condition to do just that.

While The Tour is still weeks away, Colombia’s king of cycling on Sunday also became the favorite to win this year’s Giro, the race he won once before, in 2014.

This year’s race was already one of the most successful Giro d’Italia for Colombia in history after sprinter Fernando Gaviria won two of the first five stages. Nairoman took this a step, or a pedal, further, further amplifying Colombia’s growing esteem in world cycling.