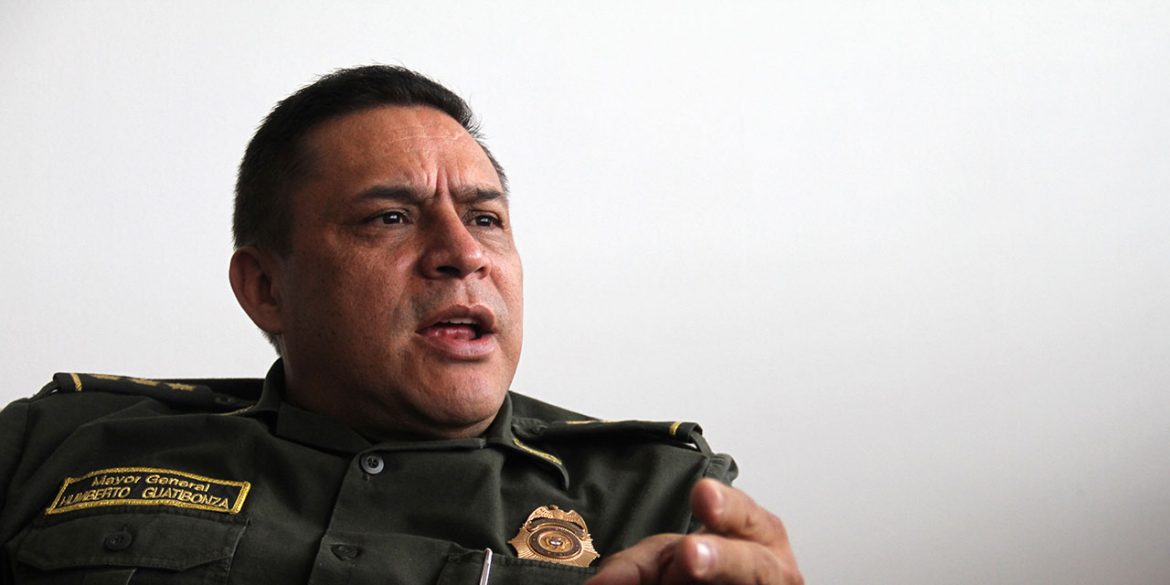 A court in Colombia’s capital Bogota ordered the release of the city’s former police commander after the prosecution failed to timely call him to trial on corporate spying charges.

Retired General Humberto Guatibonza was given house arrest almost a year ago after he was linked to a criminal organization that used the Prosecutor General’s Office’s wiretapping units for private purposes.

Guatibonza has consistently claimed he was not involved in the criminal activity of the private security consultancy made up of mainly former security officials.

Local media reported that the general’s defense attorney blamed prosecution irregularities for the delays that allowed the judge to rule Guatibonza may await the rest of his trial in liberty.

According to newspaper El Tiempo, the general’s defense said that the prosecution filed three different criminal charges. and failed to share evidence.

The former Bogota Police chief was arrested in September last year on claims he had requested illegally obtained information from the spying ring.

Local media have reported that others also used the prosecution’s wiretapping unit for illegal purposes, but this has been denied by the acting Prosecutor General Fabio Espitia.

The scandal implicating Bogota’s former police chief is the latest in a series of illegal wiretapping scandals that have emerged over the past decade.

One of the biggest illegal wiretapping operations was discovered in 2009 when now-defunct intelligence agency DAS was caught spying on the Supreme Court, journalists, politicians and basically anyone deemed a political opponents of then-President Alvaro Uribe.

This scandal led to the incarceration of multiple top intelligence officials and a number of Uribe’s closest aides.