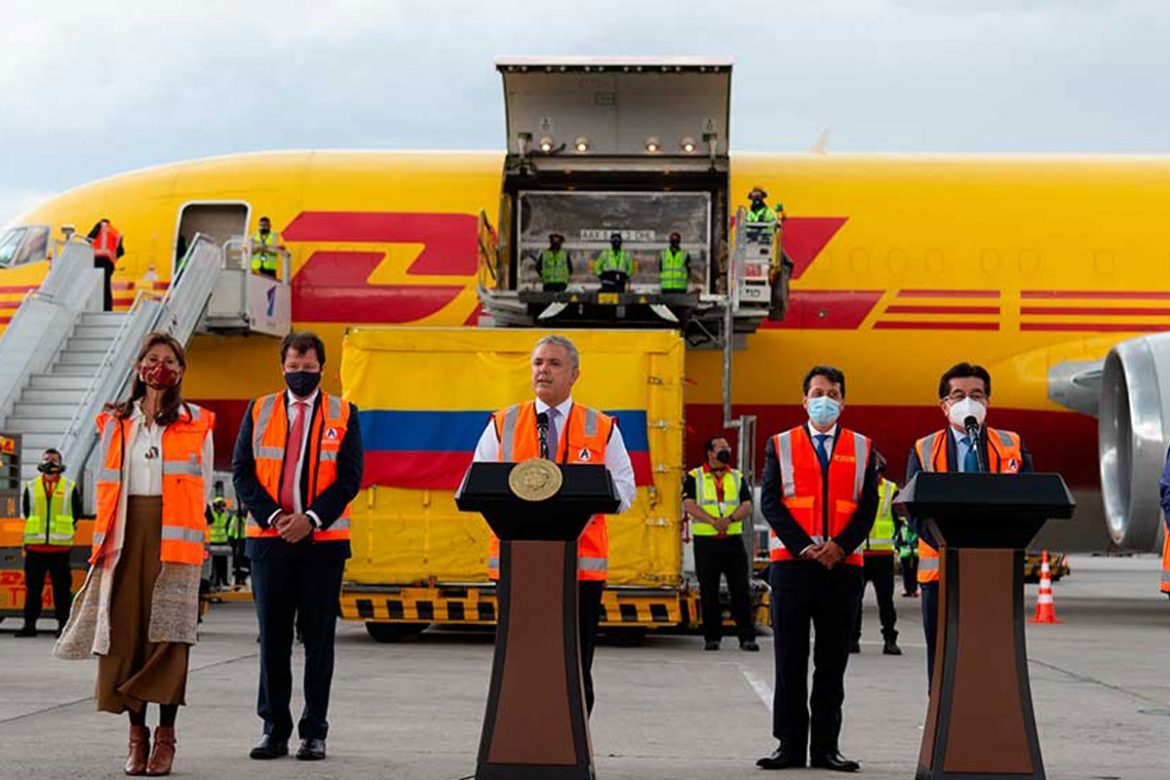 The first shipment of 50,000 vaccines against the coronavirus arrived in Colombia on Monday as the promised mass vaccination campaign slowly begins to take shape.

The first shots were welcomed as a celebrity by President Ivan Duque, who is facing fierce criticism over the allegedly late start of the vaccination campaign that seeks to combat the pandemic in Colombia.

The vaccines of multinational pharmaceutical company Pfizer will be administered after Saturday when the Health Ministry’s National Vaccination Plan kicks off.

This unprecedented vaccination drive seeks to give shots from multiple providers to some 35 million of Colombia’s 50 million inhabitants before the end of the year.

Over the weekend, another 192,000 shot of Chinese pharmaceutical firm Sinovac will arrive, Duque said Monday. More shots from international vaccine initiative COVAX have also been promised for this month.

The first shots will allegedly be distributed among first line healthcare workers and people older than 80, the group considered to be most at risk.

Health Minister Fernando Ruiz said his plans are to gradually step up the intensity of the mass vaccination campaign in March after this month’s almost ceremonial start.

Both Ruiz and Duque have been reluctant to reveal specifics about the scheduled build-up of the vaccination campaign as the pharmaceutical companies’ distribution of shots has suffered delays worldwide.