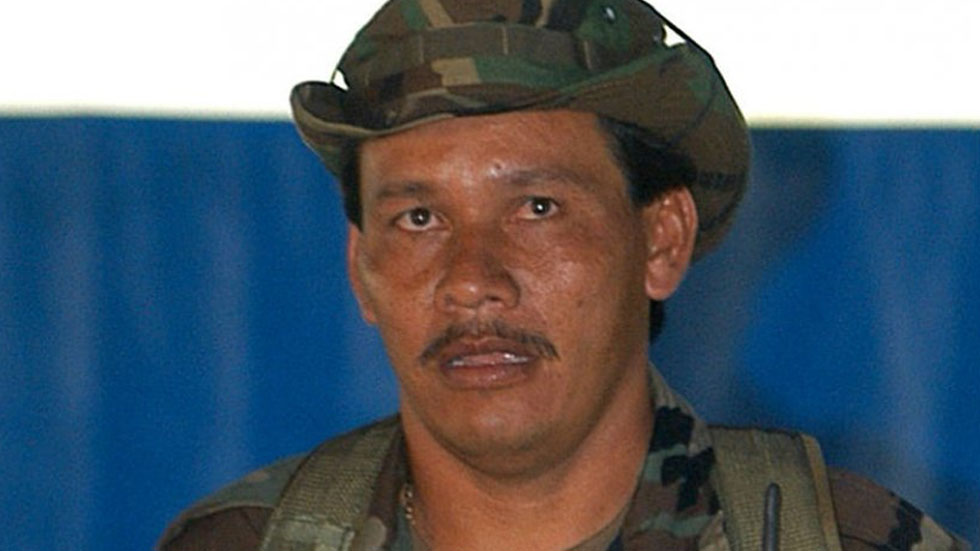 Colombian authorities arrested the first former commander of paramilitary group AUC, many of whom have been released from prison after serving a reduced sentence.

Arnubio Triana, also known as “Botalon,” was arrested in Medellin on charges of homicide and conspiracy for crimes committed by his group “Los Botalones,” after his release from prison in August 2015.

Until his 2006 demobilization, the convicted paramilitary chief was the commander of the AUC’s Self-Defense Forces of Puerto Boyaca (ABP) and was convicted to 40 years in prison for 53 homicides, 116 forced disappearances, 95 cases of forced displacement, the recruitment of 70 minors and 16 cases of sexual abuse.

He was released after eight years in prison on grounds that he had complied with the conditions to tell the truth, repair his victims and refrain from engaging in criminal activity agreed between the AUC and former President Alvaro Uribe in a 2005 peace accord.

The judge apparently failed to consider that since 2012 former mid-level commanders and fighters of the ABP retook their paramilitary rule in the region under the name of “Los Botalones,” audaciously using the name of their jailed commander.

Following his release from prison and amid a wave of violence, Botalon allegedly retook control of his group that authorities falsely claimed to have dismantled on at least three occasions between 2013 and 2015.

A fellow AUC commander operating on the other side of the Magdalena river, Ramon Isaza of the Rural Self-Defense Forces of Magdalena Medio (ACMM), was released in January 2016. His paramilitary group is now called the Isaza Clan.

Colombia’s Prosecutor General’s Office filed new criminal charges against Isaza in February this year, but has yet to recapture this former paramilitary chief.

Both Botalon and Isaza will have to serve their full prison sentence for having broken their parole conditions.