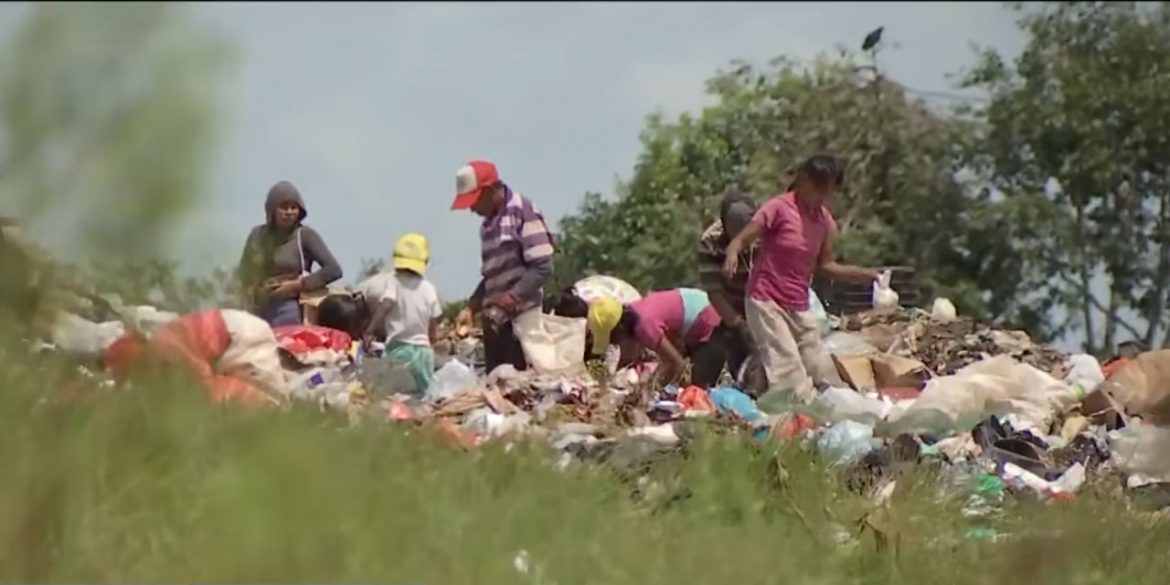 After a year of inaction, Colombia’s Family Welfare Institute (ICBF) promised to help  an indigenous community on the border with Venezuela after footage of children eating from a garbage dump caused outrage.

According to newspaper El Tiempo, which reported on the situation a year ago, the indigenous community from around Puerto Carreño, Vichada, has been living  under these conditions for two years without any action from the authorities.

Last year, Puerto Carreño Mayor Marcos Perez said that the indigenous community “wants to live from the garbage” and urged the national government to help, apparently without response.

The growing influx of indigenous from the Venezuelan side of the border, has been aggravating the problem, Perez repeated this week.

“If the National Government does not help us we will collapse. We have twice the population censored to be of Venezuelan origin. We have not received any help for the indigenous people who come from that country and, unfortunately, we only have $1,440 (5 million pesos) in a whole year to attend to the indigenous people,” the mayor told newspaper El Tiempo.

Following a year of inaction, ICBF director Juliana Pungiluppi told RCN Radio her agency would open a care center that would allow the government to attend the starving community.

Colombia has set an example to the world of solidarity and fraternity with the welcome of millions of Venezuelans. That decision has implied enormous challenges for Colombia, particularly with indigenous border communities. That is why we will continue to work jointly to prevent scenes such as those from the Puerto Carreño landfill from being presented again.

The ICBF director said that other actions are being taken such as increasing the presence of authorities at the local landfill.

The Ministry of Foreign Affairs said it will hold a day of “exclusive identification for the Amorua population with the Registry and the Department for Social Prosperity (DPS), which will request the acceleration of the IRACA food security program contemplated in two Amorua shelters.”

Colombia is currently inhabited by 102 Indigenous peoples, many of whom are in danger of extinction due to poor living conditions, rampant disease and violence.

The situation of indigenous communities on the border has been particularly  affected by state neglect.