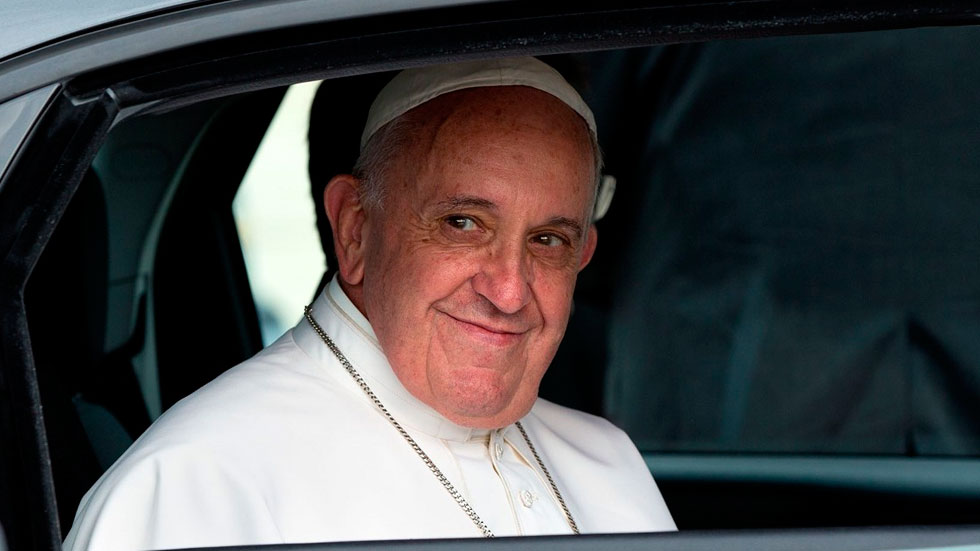 While Colombia’s politicians generally travel with heavily armed protection, Pope Francis reportedly wants to see not one armed policeman or a gun when visiting the South American country.

According to Caracol Radio, representatives of the Vatican met with Colombian security officials and left one thing clear: the pope does not like firearms and wants to see no police while traveling the country.

Some 1,000 police officers will be in charge of protecting the pope, but those standing along the routes will not be allowed to either carry their uniform or carry weapons, the radio station reported.

The leader of the Roman Catholic Church has also demanded not to be obstructed if he decides to divert from the predetermined route to greet some of the worshipers hoping to catch a glimpse of the top clergy.

The pope’s demands do not imply that armed police won’t be protecting Francis’ security, they must just stay out of sight of the church leader.

The most inner security layer will consist of intelligence and police officials dressed in civilian while the outer layer, not in sight of the pope, will consist of armed officers.

According to Caracol, Francis’ security chief Domenico Giani has visited Villavicencio, Medellin, Cartagena and Bogota in preparation of the papal visit.

Pope Francis is the third Roman Catholic church leader to visit Colombia after Paul Vi in 1968 and John Paul II in 1986.