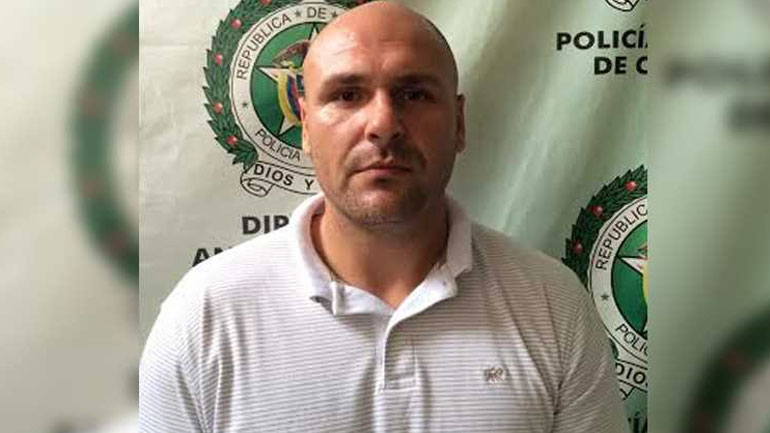 Colombia police said Wednesday they have arrested a German national who is accused of trafficking cocaine for the country’s largest neo-paramilitary organization, “Los Urabeños.”

The 35-year old Miro Niemeier Risvanovic, dubbed “The Russian” by his alleged associates, was arrested inside his home in Cartago, a town in the western Valle del Cauca province.

According to prosecutors, Niemeier was responsible for the purchasing of smaller amounts of cocaine from local traffickers and coordinate the transport of large packages of the illicit substance to Uraba, the Urabeños’ center of operations in the northwest of the country.

The suspect is also wanted in Germany for a number of alleged crimes committed between 1996 and 2011, Colombia’s National Police said in a press release.

According to the police, the German national had direct contact with “Otoniel,” the boss of the neo-paramilitary group and the country’s most powerful drug lord, about the drug shipments sent from coca fields in the southwest of Colombia to transnational drug trafficking hubs in the northwest.

Together with Niemeier, 11 other suspects were arrested in the counter-narcotics operation.