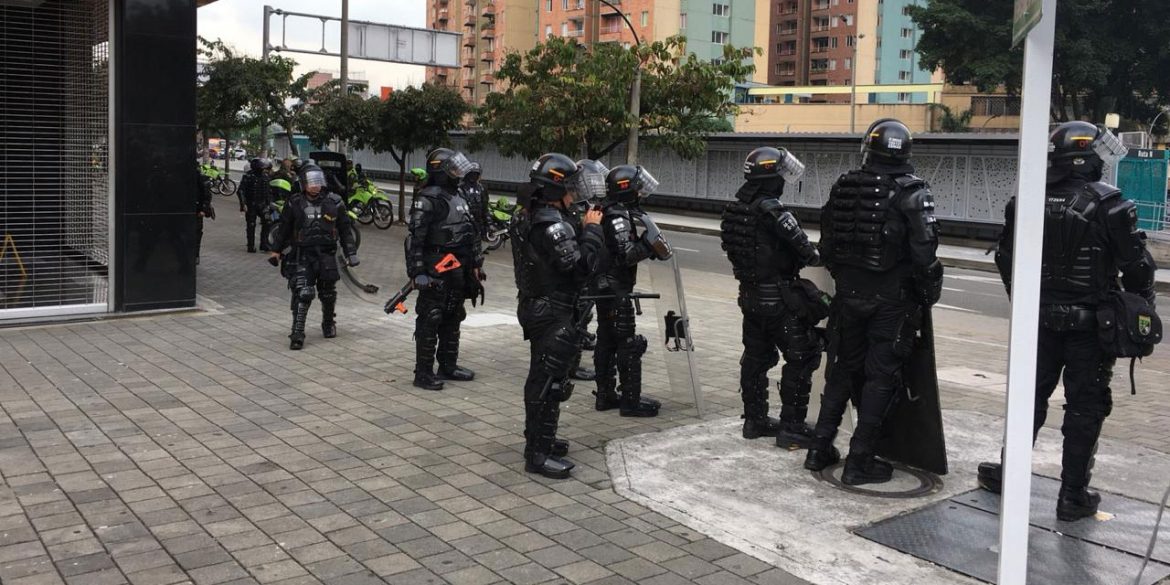 Police allegedly attacked protesters as more than half a million people, mainly students, took to the streets for the largest protest calling for more public university funding this year.

During the fifth protest of its kind since October, students were joined by teachers, indigenous peoples and labor unions in marches throughout the country.

The students and a growing number of other disgruntled citizens have called on the President Ivan Duque’s administration to reassign almost $1.5 billion (COP4.5 trillion) from the national budget to adequately fund universities.

Protests had largely been peaceful until police clashed with students in the south of the capital Bogota. In Colombia’s second largest city, Medellin, tear gas was also used.

A police official told Colombia Reports that the students in Medellin had “caused trouble” all day, but local media reported no disturbances that would justify police intervention.

In Bogota, too, students claimed police had unduly used force to crack down on the peaceful protests.

“Students were peacefully concentrated around San Andres Park when the [riot police unit] ESMAD arrived with police bikes to fire at and delegitimize protest,” said one student on Twitter.

Students initially took to the streets demanding to talk to Duque after talks with the ministers of education and finance broke down in early October. The president has refused to sit down with the students until after they end their protest.

Duque reiterated on Tuesday that his budget proposals for next year offer the highest higher education funds in history. But the students say that the government is maintaining a budget gap that has deteriorated public education infrastructure for years.

Talks resumed after massive protests but the marches turned violent after these broke down.

The United Nations has been looking into alleged police brutality and police infiltration of the marches.

The student and Duque agree that the public education but deficits stem from well before the president took office in August. What the government and the students disagree on is whether Duque should do something about it.

“Universities have been privatized over the years; in 2000 the government assumed 80% of the budget, today this equals 50%, the rest must be financed with tuition fees,” student representative Andres Gomez told Education Minister Maria Victoria Angulo during a meeting on Wednesday.

Duque told radio station RCN last week that “we are not going to solve the historic debts in some sectors in 100 days,” the period he has been in office.

But the president agreed to “look for some additional resources,” but has failed to come with concrete proposals or concessions.

The students want the government to reassign almost $1.5 billion (COP4.5 trillion) from the national budget to effectively close the budget gap. Duque has so far announced to reallocate $156 million (COP500 billion) to higher education, of which 87 million (COP279 billion) would go to universities.