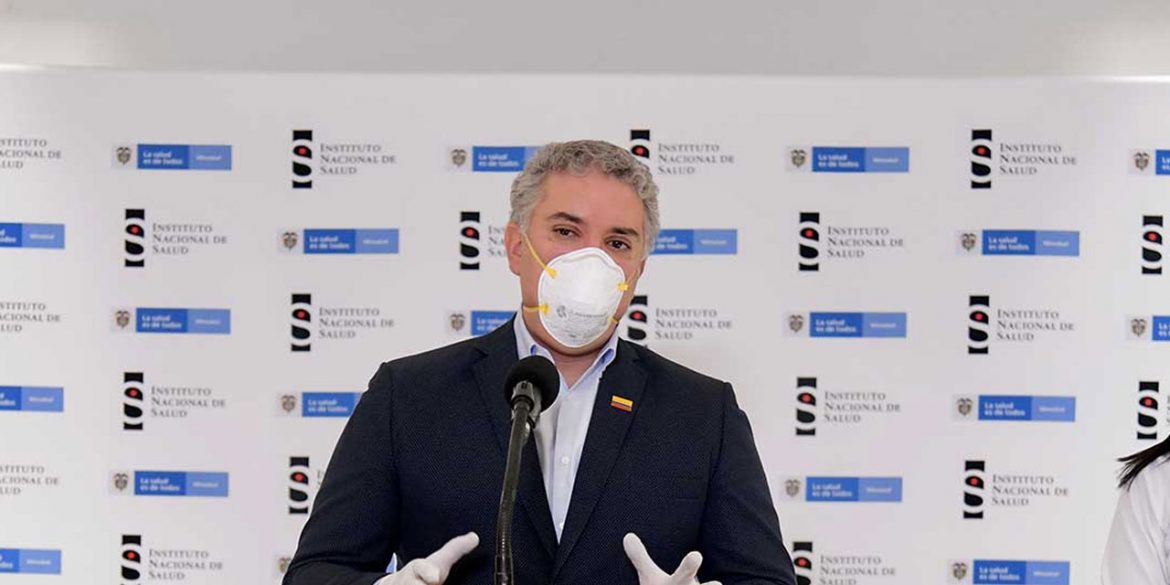 Colombia’s President Ivan Duque said Tuesday he would lift a lockdown in areas without coronavirus on May 12 while relaxing economic restrictions on certain shops.

In a television address, the president stressed that lockdown measures would remain in place in areas where the virus has been confirmed until May 25.

Duque also said he was considering an extra $20 (COP80,000) stipend for the poor and stressed the efforts he has made to strengthen the country’s fragile healthcare sector that is coming under increased pressure.

The government’s  failure to guarantee food security is making the enforcement of the lockdown that kicked off on March 25 increasingly difficult.

Increased testing capacity has allowed the National Health Institute (INS) to confirm 640 new infections and 20 deaths on Tuesday, by far the highest number since the first case was confirmed on March 6.

The president said that governors and mayors in regions where there have been no cases of coronavirus could request the Health Ministry to be exempt from the lockdown and resume economic and social activity.

To prevent the virus from spreading into these often remote regions, Duque said that he would maintain a ban on intermunicipal travel.

Within these exempted regions only bars and restaurants would not be allowed to restart economic activity.

On a national level, Duque further amplified the sectors that would be allowed to reopen.

While initially only allowing the reactivation of construction and specific manufacturing activities, some wholesale commerce and shops would be allowed to restart too.

The president triggered a rebellion among local and regional authorities in March when he unconstitutionally tried to usurp their powers.

Since then, Duque has gradually improved relations with local authorities by explicitly granting them the authority to regulate economic reactivation in their town or city.