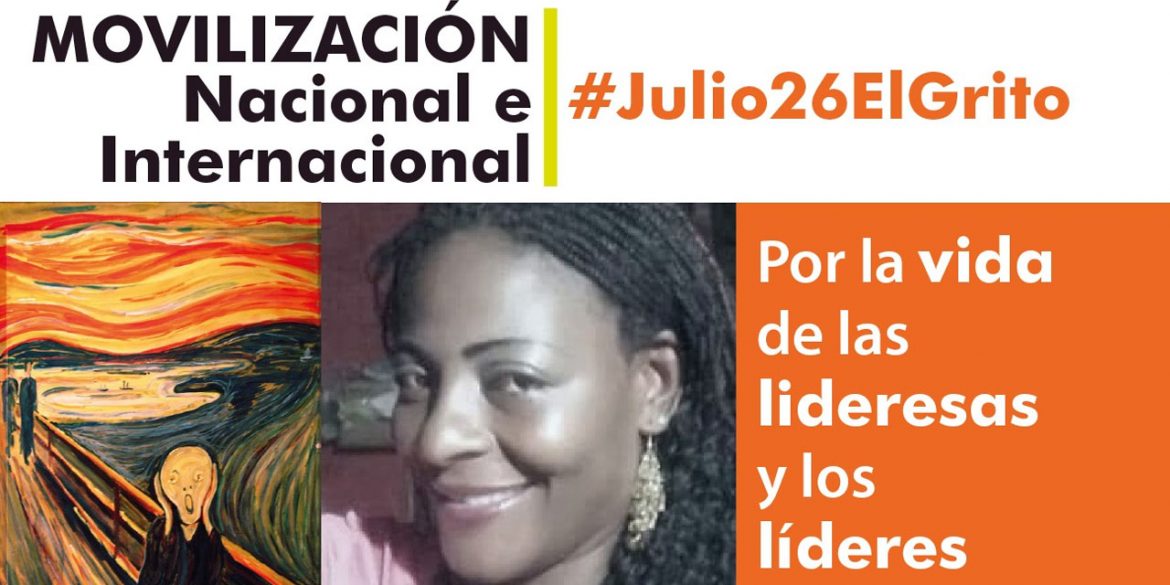 High-profile supporters of Colombia’s peace process on Thursday called for international protests to pressure the government into taking steps to curb the mass killing of human rights defenders and community leaders.

Defendamos La Paz (DLP), an organization of prominent politicians, victims and social organizations, announced the initiative “in defense of social leaders” and to “defend peace and put an end to the bloodshed.”

“This bloodbath must end,” the peace advocates said in their tweeted statement.

It is imperative that necessary action is taken to curtail these murders, guarantee the constant presence of the state in these territories and to ensure the effective protection of these people’s lives.

The peace advocates made specific reference to the killing of Maria del Pilar Hurtado, a community leader who was murdered in the north of the country last week.

A video showing her son screaming in despair next to his mother’s dead body went viral and prompted spontaneous public protests.

“A video showing the anguished crying of a small child over the body of his mother, Maria del Pilar Hurtado, has created a wave of pain and indignation in the country,” said DLP in their statement.

The peace advocates said that Del Pilar’s assassination was “symbolic of how hundreds of people, like her, have been murdered in the last few years for defending the rights of rural communities to a dignified life, the preservation of their territories, the protection of the environment and water, the fulfillment of the peace accord and the restitution of their lands.”

Del Pilar is just one of 60 social leaders who have been killed so far this year, according to fellow peace advocacy group Somos Defensores.

We call on our compatriots to take to the streets and squares, in Colombia and abroad, to pay tribute to the social leaders and demand an end to these crimes. We invite media giants, political parties, churches, trade unions, universities, social organisations and the general public to support and promote this initiative.

On the day that the peace advocacy group made its announcement, media reported the assassination of one victims representative in the southwestern Valle del Cauca province and one farmers’ representative in Cordoba, the province where Del Pilar was murdered.

The multi-party Defendamos La Paz has been trying to organize a coordinated response to what they believe are President Ivan Duque’s failures to comply with promises made to victims, demobilized guerrillas and the public in a peace deal with the FARC in 2016.