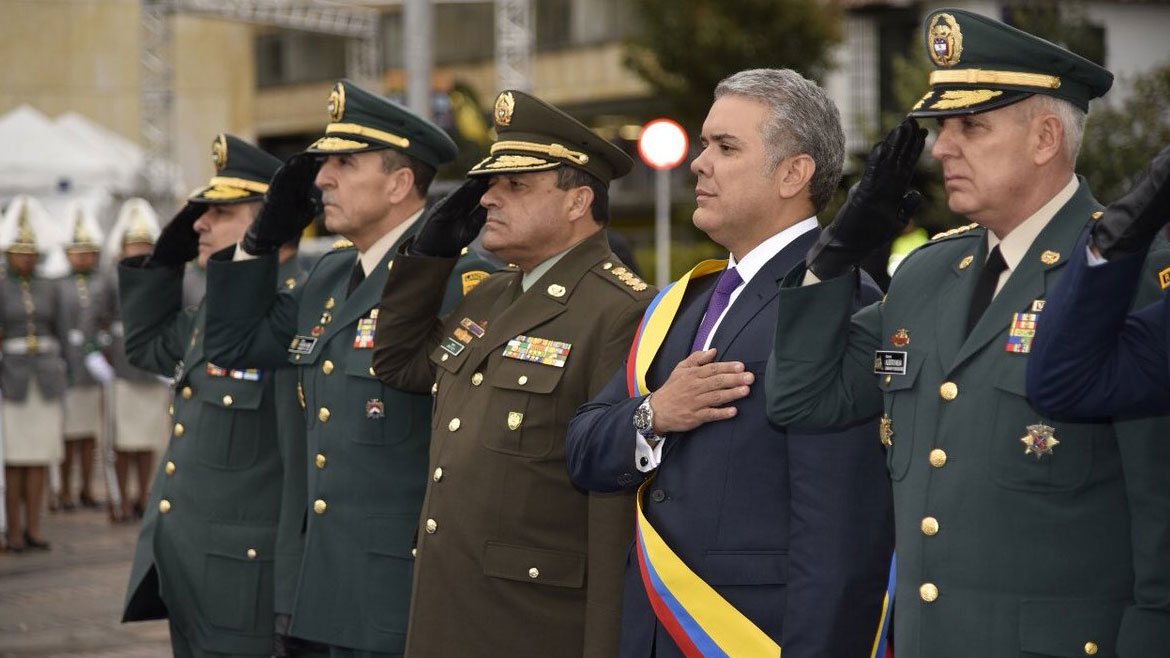 Colombia’s President Ivan Duque ordered the militarization of part of the country on Saturday in response to ongoing anti-government protests and popular uprisings.

Duque issued a decree increased military control over seven provinces in the southwest of the country and Norte de Santander in the northeast.

The president also ordered the “maximum deployment of military assistance for the National Police” in Cali and 12 other cities.”

The decree included an article that would allow the sanction of governors of mayors refusing to cooperate with the increasingly authoritarian president and the military.

Duque traveled to Cali to meet with local authorities while his Defense Minister Diego Molano traveled to Popayan, the capital of the southwestern Cauca provinces.

The decision to militarize parts of the country comes as protest organizers were waiting for the president to sign off on an agreement to end the violent repression of peaceful protests.

Duque’s decision to militarize parts of the country further increases doubt about the president’s intention to negotiate policy reforms with the National Strike Committee, which has been organizing peaceful protests since April 28.

Labor union CUT, one of the members of the committee, said Thursday the government continued employing tactics to delay negotiations that would allow an end to the organized protests.

Immediately after the beginning of protests, the defense minister ordered the militarization of Cali, which only escalated violence and further eroded public order.

According to the mayor of Colombia’s third largest city, Jorge Ivan Ospina, 11 people were murdered in the night Duque signed the militarization decree.

Ospina has been promoting dialogue to restore order, contrary to the president whose response has been exclusively and increasingly militaristic.

Meanwhile, international human rights organizations and foreign governments have condemned evidence of widespread and gross human rights violations committed by the security forces in their attempt to quell protests.