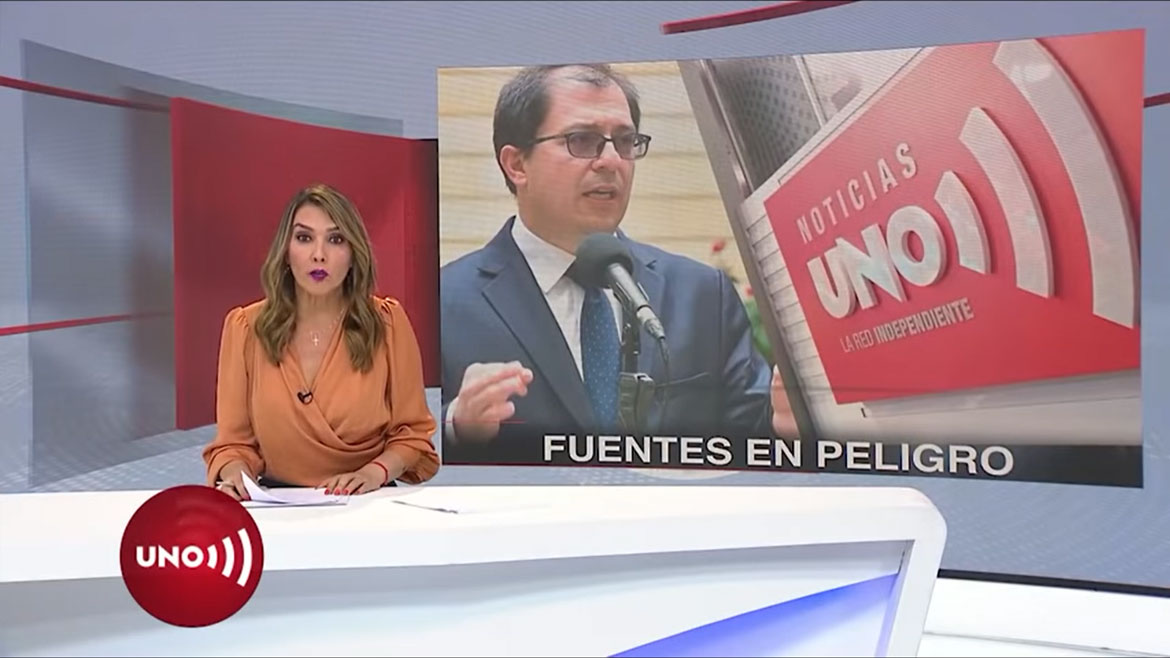 Journalists in Colombia went on red alert after the prosecution ordered a search at one of the country’s most renowned television news programs.

The search order triggered a clash between the Prosecutor General’s Office and television news program Noticias Uno, whose director said she would not allow an “illegal” search.

Press freedom foundation FLIP and independent journalists rejected the order to obtain evidence in a whistleblower case that would have prescribed already.

This intimidates, puts sources at risk, and creates a fragile press climate.

In an open letter to Prosecutor General Francisco Barbosa, Orozco said that she would not allow the search, claiming it was “unconstitutional and thus illegal.”

We reject your order for being unconstitutional and thus illegal, and we will in no way allow an inspection by your justice officials of our archives where, as you understand, we keep classified information that is also protected by the Colombian constitution, the Inter-American system and the United Nations.

The newscast and its editor-in-chief additionally published evidence indicating that the prosecution was committing all kinds of irregularities and misinformed the public about the impending “raid.”

The prosecution said Thursday that “it is totally false that a search order has been issued for this media outlet.”

Orozco subsequently published the notification of the order to “inspect” Noticias Uno’s office “in order to send the audio of the broadcast of this news program of October 19, 2013 under chain of custody.” 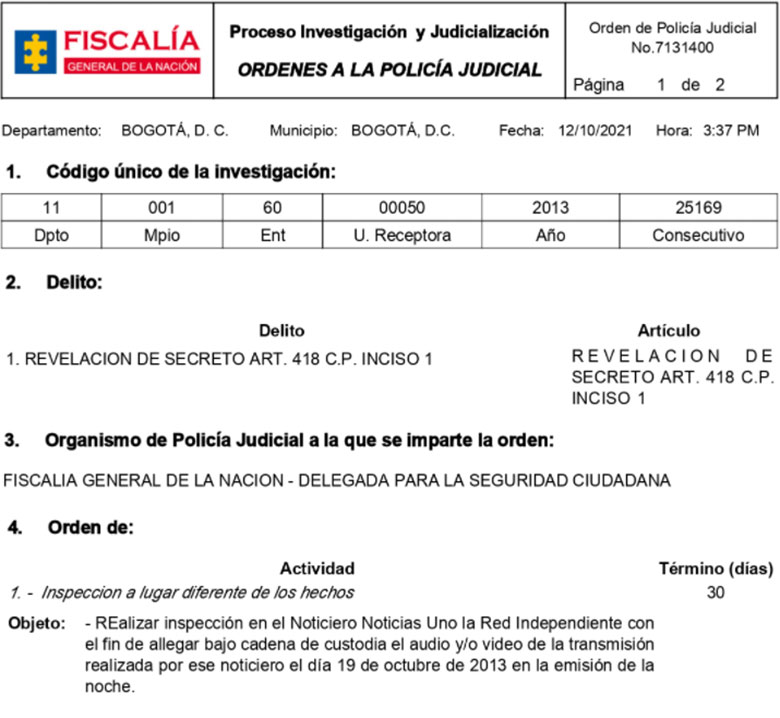 Order to inspect Noticias Uno’s office in Bogota in order to locate and send a 2013 news broadcast.

The prosecution additionally claimed that it first asked Noticias Uno to send a copy of a 2013 broadcast on October 14.

Screenshot of the request to send the 2013 broadcast that arrived on Tuesday.

The published search order referred to an alleged investigation into an anonymous source of Noticias Uno that would have prescribed in 2018 already.

According to the prosecution, this investigation was reopened at the request of a representative of the Bogota water supply agency in apparent disregard of the law.