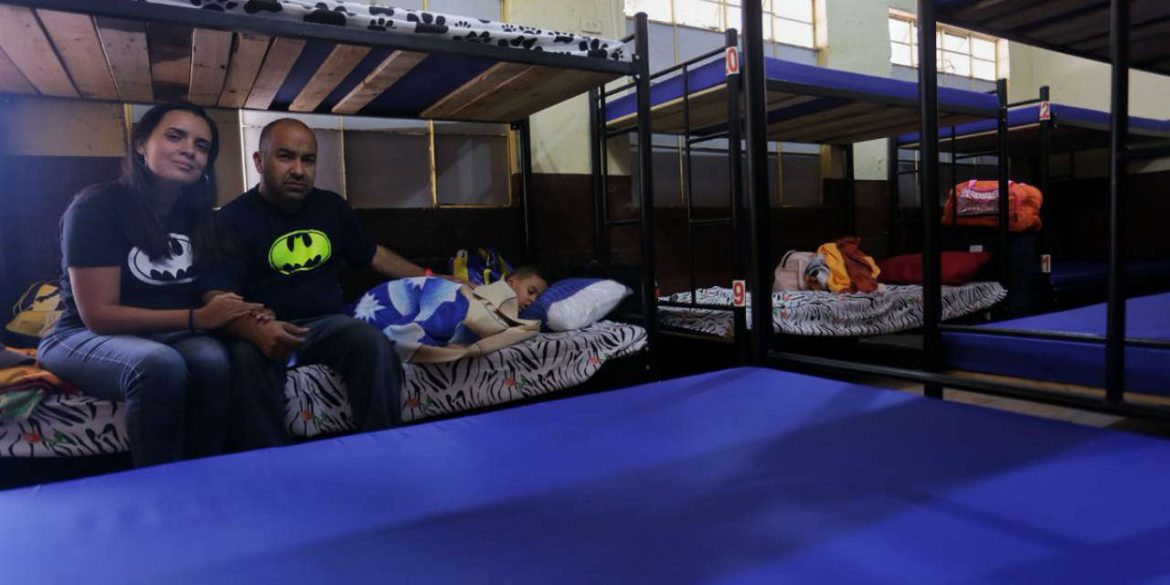 Colombia over the weekend opened its first shelter for Venezuelans who have massively been trying to escape the economic crisis that is devastating the neighboring country.

The shelter near the border city of Cucuta is the first of its kind and seeks to curb the growing number of homeless Venezuelans who have fled their country.

The temporary shelter is meant for Venezuelans who have a destination elsewhere in Colombia or abroad, but need a place to stay while traveling.

The shelter is meant to alleviate the situation in Cucuta, where hundreds have been stranded in a desperate attempt to escape the hunger and violence that is gripping Venezuela.

Local authorities stressed that the shelter is only meant for people who have entered Colombia legally and are on their way to family elsewhere in the country or abroad.

“This is not going to be a shelter where we are going to house all the people that are in the street,” Mayor Pepe Ruiz was quoted as saying by Caracol Radio.

The mass migration has put authorities under unprecedented pressure; the arrival of hundreds of thousands of Venezuelans in less than a year has increased tensions in many of Colombia’s cities.

Immigration authorities have begun arresting and deporting Venezuelans from Cucuta and Bucaramanga, another major city in the east of the country, in an attempt to regulate the flow of migrants.

The United Nations has offered to assist local authorities in dealing with the flow of migrants.

By facilitating the legal migration and deterring illegal immigration, authorities in the capital Bogota hope to reduce the chaos caused by the influx of Venezuelan citizens.

There has been no indication that the migration flow could decrease as tensions between the Venezuelan government and the country’s opposition continues to be high.

Colombia’s finance minister last week urged the international community to prepare for a total collapse of the Venezuelan state.