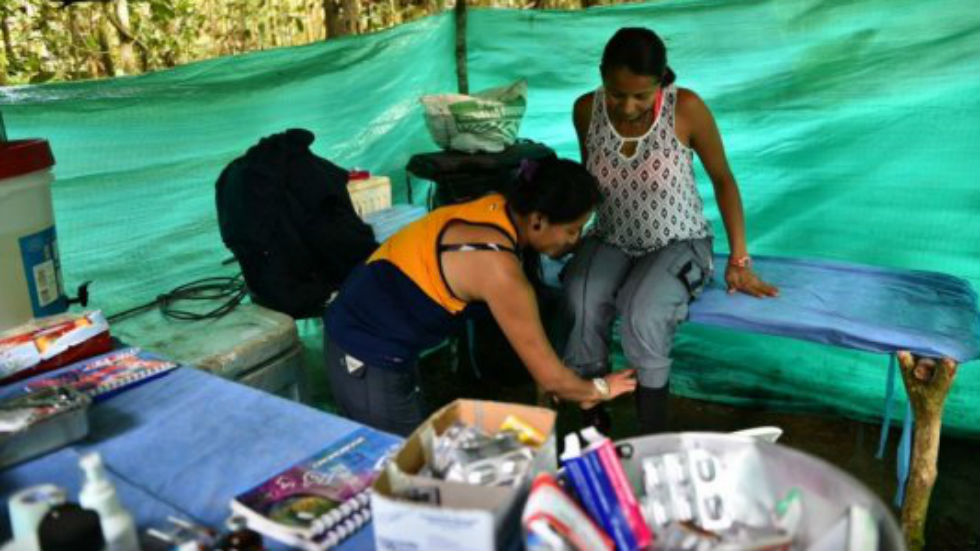 Colombia’s Ombudsman on Wednesday called for “urgent” care to be provided to pregnant women in the ranks of demobilizing FARC guerrillas.

Ombudsman Carlos Negret asked that the 14 expectant mothers be transferred from two pre-grouping areas in the Guaviare province to the capital Bogota so that appropriate medical care can be provided to them.

“Care should be taken of these pregnancies that will bring the first children of peace. These women and future mothers who are demobilized from the guerrillas must have guarantees in their gestation process,” said the official.

The FARC have long been criticized for their treatment of women within the ranks, with allegations of sexual violence, forced abortions and the forced abandonment of new-born children.

Up to now the women have received attention from nurses, with one woman telling news site Extra that she has had an ultrasound scan and “as far as we know, the baby is fine,” adding that hygiene and sanitation conditions should be improved.

As the rebels are now gathered in camps in which they will demobilize and hand over weapons, the Ombudsman is calling on the state to intervene and transfer them to the Military Hospital in Bogota where they can receive adequate medical care.

He said that the Military Hospital “discharged on January 15 of this year the last soldier wounded in combat, as highlighted by the Government itself. This is the opportunity to welcome peace by giving attention to these women and their children. “

Officials of the Ombudsman’s Office, headed by Mosquera, have followed the process of transit of the guerrillas to the demobilization zones throughout the country in order to monitor the humanitarian needs of the communities and the guerrillas involved in the process.

The official FARC’s are currently undergoing a 180-day DDR process which will see them lay down weapons after 52 years and reintegrate into Colombian society.

The smaller ELN group, also founded in 1964, continues to carry out hostilities and is expected to enter peace talks on February 2.