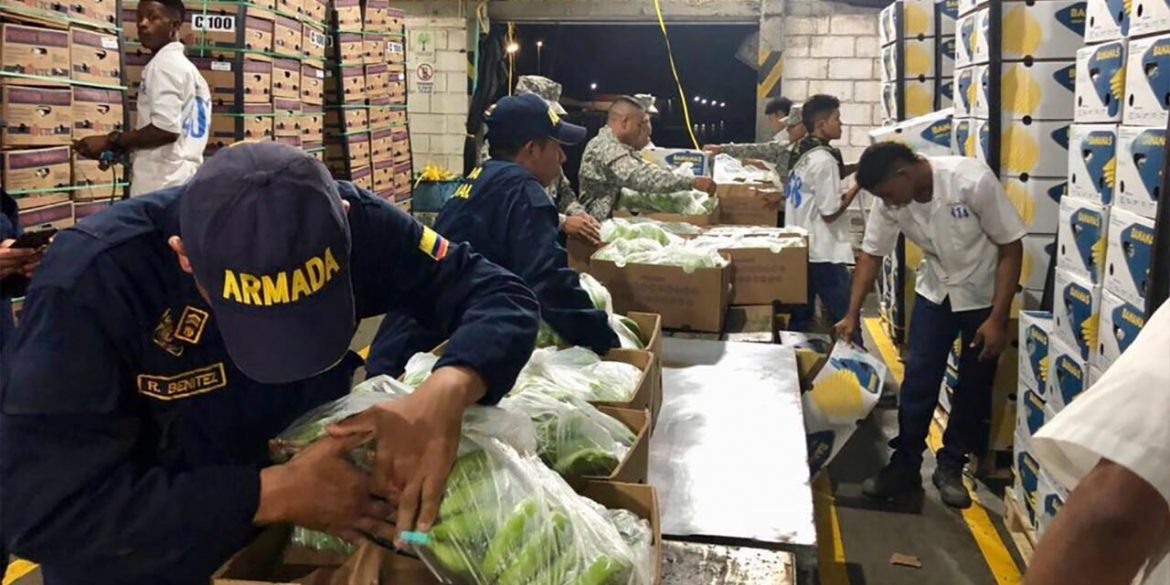 Colombia navy seizes 5 tons of cocaine near border with Panama

The Colombian navy said Tuesday it has seized a massive shipment of cocaine in the northwest of Colombia.

According to the navy, 5.2 metric tons of the illicit drugs were found in a shipment of bananas in a port in the Uraba region after a tip from the Police.

The bananas were meant to be shipped to Europe.

The drugs allegedly belonged to the Gaitanista Self-Defense Forces of Colombia (AGC), a paramilitary group that is also the country’s largest drug trafficking organization.

The Uraba region lies in the heart of AGC-controlled territory that stretches along the Pacific and the Caribbean coastlines.

The shipment was the biggest ever seized by the Neptune anti-narcotics unit, which began operations in 2015, the country’s Defense Ministry said on Twitter.

Colombia’s security forces seized 27.6 metric tons of cocaine in January this year, according to the Defense Ministry.