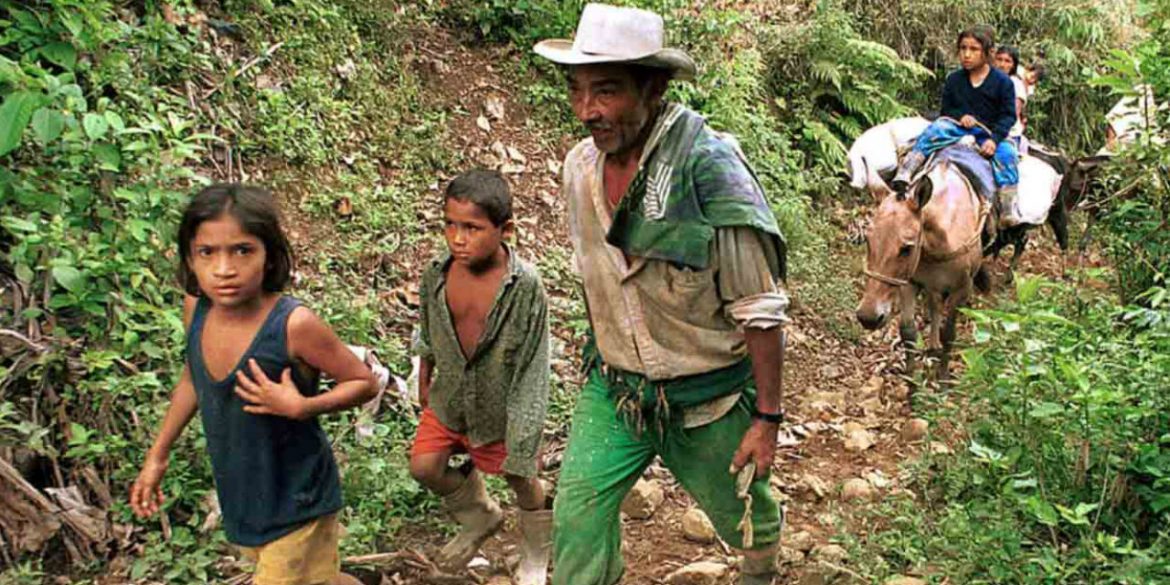 Colombia must punish those who teamed up with paramilitary death squads to steal land during the country’s armed conflict, according to the outgoing-director of the Land Restitution Unit.

While the Land Restitution Unit continues to make progress, already having returned some 300,000 hectares of land that that were stolen during the armed conflict to the rightful owner, Ricardo Sabogal insists that what is lacking is criminal prosecution of those responsible.

“The country is still owed the criminal chapter of land dispossession. We advance the administrative actions for the land to be returned to its owners, but it is necessary that those responsible for the dispossession respond criminally for what they did,” said Sabogal in an interview with El Espectador.

The Victims and Land Restitution Law was passed by President Juan Manuel Santos in June 2011 with the aim of delivering some sense of justice to those affected by the South American country’s half-century long internal conflict.

The Land Restitution Unit, albeit through a slow process has managed to return hundreds of thousands of displaced Colombians to their original lands in the countryside but those responsible for the theft have largely escaped unpunished.

While the Law of Restitution facilitates the investigation into the documentation surrounding land ownership, it does not allow for the probing of criminal behavior in its acquisition.

“Unfortunately, the Law of Restitution is very similar to that of domain extinction. It does not observe the criminal behavior, it only asks the syndicate for an explanation of how it acquired the property,” explained Sabogal.

“The end of the restitution process is the return of the land, not the assignment of responsibility,” he added.

With the temporary legalization of paramilitary groups in 1994, approximately 8 million hectares, an area the size of Costa Rica, have been stolen and sold, leaving millions of small farmers displaced and without land to return to.

The phenomenon has been so enormous, it has become one of the significant reasons why more than half of the country’s national territory is private property of, according to the UN, only 1% of the population.

In May, Colombia’s chief prosecutor promised results of more than 16,000 criminal investigations into the country’s private sector’s ties to these illegal armed groups.

The announcement came less than two weeks after the Inter-American Commission for Human Rights (IACHR) heard victims of paramilitary groups, many of which were formed and funded by ranchers and corporations.

So far the process, which ties in with the 2016 peace deal with the left-wing FARC guerrillas has been marred by violence with social leaders and land claimants systematically murdered in an attempt to bring it to a halt.

More than 311 social leaders have been assassinated by death squads and assassins since the deal was signed.

It is estimated that the FARC guerrillas were responsible for the illegal acquisition of 500 thousand of these 8 million hectares (6.25%).

The remaining 93.75% is owned by individuals, corporations and former paramilitary commanders who, sometimes in coordination the military, carried out an anti-guerrilla offensive between 1997 and 2002 that severely reduced national territory under guerrilla control.

The phenomenon of using paramilitary death squads for profit has become known as “para-economics.”

The practice was rife during the presidency of Alvaro Uribe between 2002 and 2010 and the former Antioquia governor himself is under investigation for alleged ties to such paramilitary groups.

More than 800 businessmen and corporations teamed up with death squads in the 1990s and the beginning of this century to expand their land properties by displacing small farmers, according to a recent study.

In total, 15% of Colombia’s national territory was abandoned between 1995 and 2010, according to the government.

Details about what could be the biggest land heist since the Spanish colonization are hard to come by as state authorities have neglected to investigate many of the alleged land thieves and terrorism supporters.