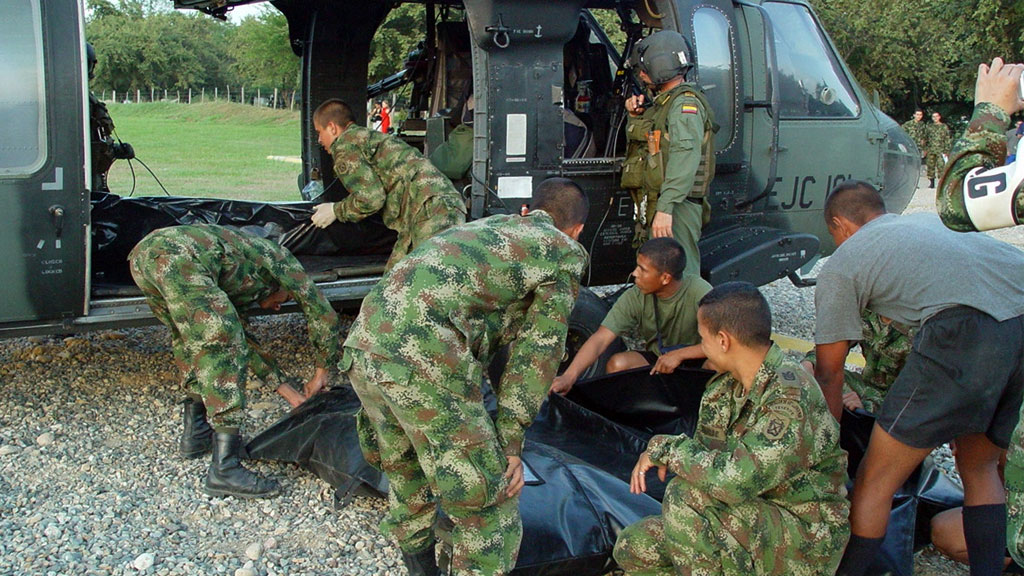 Under pressure from human rights groups, Colombia’s government has backtracked on wording in proposed legislation that critics said could deny justice for the families of thousands of victims of extrajudicial killings at the hands of the country’s US-backed military.

President Juan Manuel Santos introduced the legislation in 2013 to strengthen the military justice system as prosecutors were closing in on army officers accused of trying to present civilians as guerrillas killed in combat to inflate body counts and receive promotions and bonuses.

Santos was defense minister when the “false positives” scandal broke in 2008 and the legislation, still being debated by congress, was widely seen as a bid to win over skeptical members of the military for his efforts to secure a peace deal with the country’s main leftist rebel movement, the Revolutionary Armed Forces of Colombia.

Although the government always has maintained the most-severe violations would be tried by more-trusted civilian prosecutors, as they are now, human rights groups said the bill’s language was unclear and would open the door for such killings being tried in military courts, which have a weak record for judging rights abuses.

On Tuesday, the legislation cleared a Senate committee with the objectionable language removed. Deputy Defense Minister Jorge Bedoya told The Associated Press that the changes were introduced to prevent any misinterpretation.

Human rights groups celebrated the reversal, saying it removed a major distraction in the path to justice.

The change “will finally ensure that false positives will remain with civilian prosecutors,” said Jose Miguel Vivanco, the Americas director for Human Rights Watch, one of the groups that fought hardest against the proposed law.

This week, chief prosecutor Eduardo Montealegre said as many as 5,000 military personnel, including 22 generals and 80 colonels, are under investigation for extrajudicial killings.