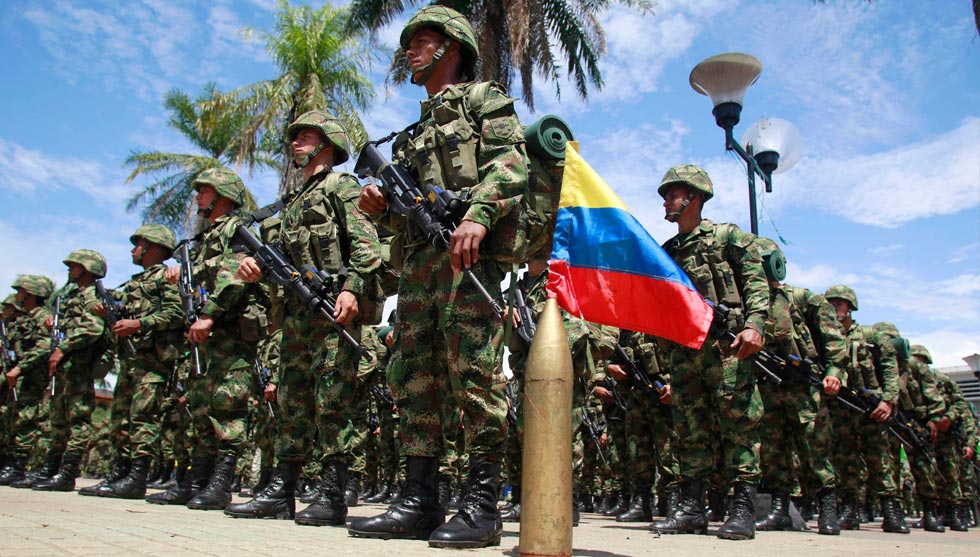 Colombia’s National Army is preparing 12,000 troops to provide security around 23 designated areas in which FARC guerrillas are set to concentrate for their demobilization and disarmament.

Army commander General Alberto Jose Mejia told press that thousands of members of the military are currently going through a vetting process before being deployed to protect their former enemies.

After having signed a bilateral ceasefire with President Juan Manuel Santos in June, Colombia’s longest-living guerrilla group is currently preparing for its demobilization, disarmament and reintegration (DDR).

The FARC guerrillas agreed to do this in 23 designated areas across the country that will have to be protected from possible attacks from rival groups or elements within the military.

The National Army, together with the United Nations and the Red Cross, is setting up the military units that will be responsible for public security in the areas around the demobilization zones.

“These units will go through a six-week process of training and certification,” preparing them for the peace-keeping mission under the oversight of the United Nations, Mejia said.

If peace is signed and this deal is ratified by the Colombian population the initial phase of the FARC’s DDR program would take six months.

At the end of these six months, all FARC members must have been demobilized and disarmed, and either be taking part in a reintegration program or a criminal trial in the case of alleged human rights violations.

A special UN mission is expected to arrive in Colombia within two weeks to inspect the 23 locations picked by government and guerrilla negotiators for the FARC’s mass demobilization.

The foreign observers in charge of the FARC’s security and the verification of the group’s disarmament will consist of 400 men and women, mainly from other Latin American countries.

If successful, the FARC’s demobilization and disarmament will end its 52-year-long existence as a guerrilla group.

Instead, the far-left guerrillas will be allowed to take part in politics.