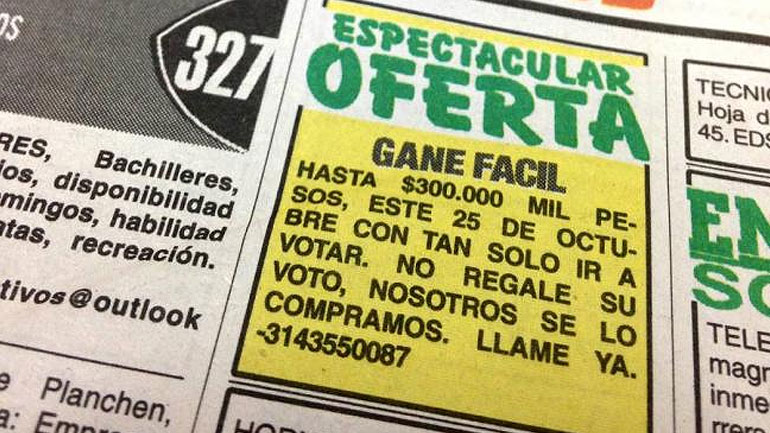 In spite of government promises to tackle widespread corruption, the country has made no improvements and continues to rank in the lower half of Transparency International’s Corruption Perception Index.

Colombia ranked 83 in an index of 168 countries in terms of corruption perception, scoring 37 out of 100, exactly the same as last year.

While the perception of corruption remained the same, Colombia did escalate a few places in the corruption index. Last year it ranked 10 spots lower.

Within South America, the country performs better then most neighboring countries in the region.

According to the Transparency International survey, Colombia is the 5th least corrupt country of the continent.

The most corrupt country is neighboring Venezuela, followed by Paraguay and Guyana.

According to Transparency International, two-thirds of the 168 countries on the 2015 index scored — like Colombia — below 50, on a scale from 0 (perceived to be highly corrupt) to 100 (perceived to be very clean).

“The 2015 Corruption Perceptions Index clearly shows that corruption remains a blight around the world,” said Jose Ugaz, the chairman of Transparency International on the NGO’s website.

“But 2015 was also a year when people again took to the streets to protest corruption. People across the globe sent a strong signal to those in power: it is time to tackle grand corruption,” the anti-corruption activist added.