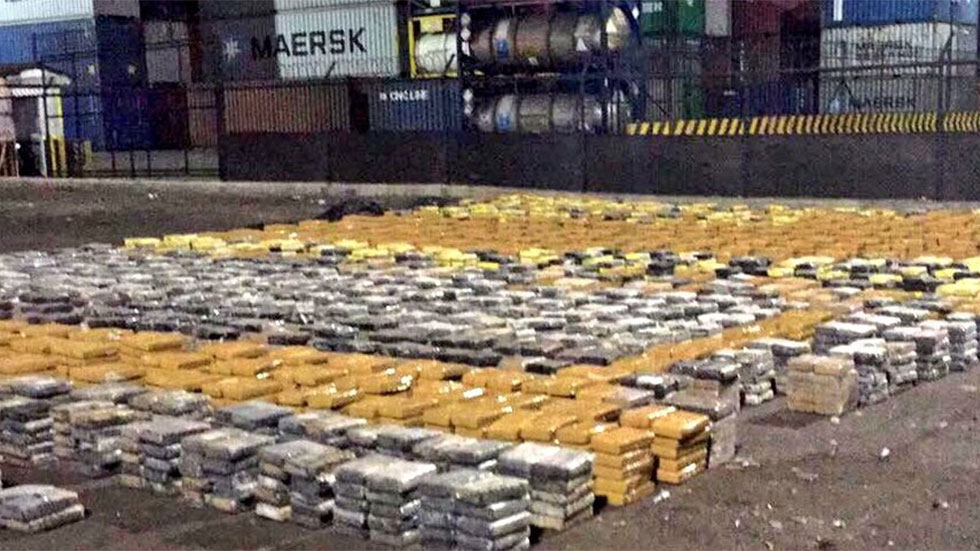 Colombia’s police claimed a record seizure of cocaine on Sunday, saying they seized 6 metric tons of cocaine with an estimated value of $213 million.

The National Police announced the mega bust via Twitter where they said the illicit drug had been confiscated in the port city of Barranquilla, the largest on Colombia’s Caribbean coast.

The police added the shipment was heading for Spain, one of the world’s largest cocaine consumption market.

According to President Juan Manuel Santos, the drugs belonged to paramilitary organization AGC, called “Glan del Golfo” by the government.

During a press conference in Barranquilla, Defense Minister Luis Carlos Villegas told press that the AGC had associated with “other organizations operating in the north and east of the country” for this shipment.

The drugs were found on Friday in a nocturnal operation carried out by counter-narcotics agents monitoring the port.

The police agents “discovered a container with 20 pallets with boxes full of scrap metal, together with rectangular packets that turned out to contain cocaine,” the National Police was quoted as saying by newspaper El Espectador.

The AGC had tried to send the drugs through a front export company that already has made several shipments to Europe, but without drugs.

The AGC, short for Gaitanista Self-Defense Forces of Colombia, is the country’s #1 drug trafficking organization and deemed a Class A Organized Armed Group by the government.

The group was founded in 2006 by dissident AUC mid-level commander “Don Mario,” who abandoned a demobilization, disarmament and reintegration process with his former group reportedly at the orders of AUC co-founder “Vicente Castaño.”

Since then, the group has taken control of drug routes along Colombia’s Caribbean and Pacific coast lines.

In the west of the country, the group has been at war with Colombia’s last-standing guerrilla group, the ELN, which is holding peace talks with the government.