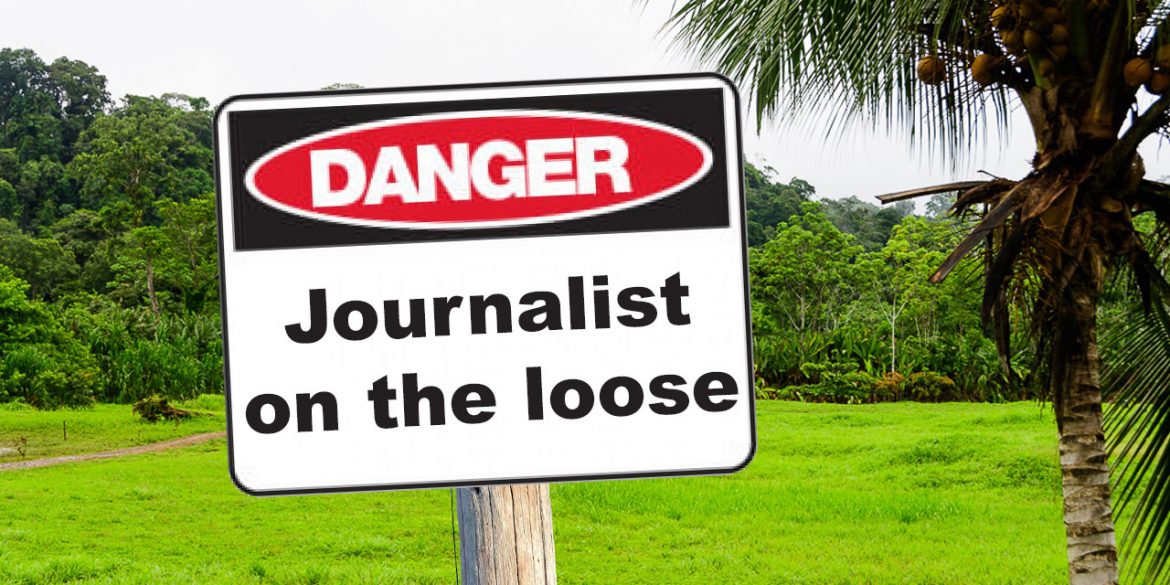 Colombia is not a democracy if army considers journalists military targets

The list of media and journalists who have been “profiled” by Colombia’s military is so terrifyingly long I don’t know whether I am reporting on a mafia state or an authoritarian regime.

I was used to seeing intelligence files on radical leftist media as it is no secret that some, especially in the Colombian Army, believe we’re still in the cold war.

But now I am looking at intelligence files on my colleagues from the New York Times, the Wall Street Journal and NPR, media one could hardly consider subversive or a national security threat.

I know and admire each and everyone of the reporters from aforementioned media; Nick and I had dinner before he returned to New York, Juan helped me when I had visa issues and I was talking to John about this World Food Program report last week. 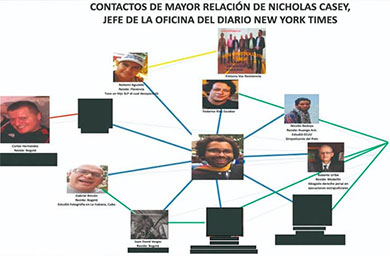 Nick’s contacts, according to the army.

A former intern learned he is a “sympathizer of the Polo” party, which made us chuckle until we realized they are making shit up to justify making journalists a military target.

Military Intelligence’s focus should be on national security, not the government’s public image.

To deal with news media, democratic governments employ PR people, not the army.

By putting Military Intelligence on journalists, we also become a target for illegal armed groups who, like us, don’t know how the military got our information or whether reporters are being followed or tracked.

Defense Minister Carlos Holmes Trujillo knew all this since January and didn’t do a thing until weekly Semana publicly exposed my colleagues’ personal information on Friday.

In fact, according to Semana, the defense minister personally tried to stop the raid that uncovered the spying practices in December.

Dozens of my colleagues were beaten up or arrested under the watch of Trujillo since November last year. The minister can take his “zero tolerance” for corruption and abuse nonsense and shove it up his ass.

I don’t know who Trujillo kicked out of the army on Friday, but — with the exception of one — they are not the officials reportedly investigated by the Supreme Court.  For all I know he sacked honest soldiers.

What I do know is that the minister can’t be trusted, either because he’s an alleged mafia puppet like his father or because he genuinely doesn’t understand democracy and believes the press is a military target.

Until President Ivan Duque appoints a genuinely democratic defense minister, I can’t possibly consider Colombia a democracy and believe my colleagues and I are in danger.

Not only does this frighten me, it makes me terribly sad. My colleagues and I are the enemy of no-one, scrutinizing power is our job. In my case, the only one I’m kinda good at.